Kilauea, USA – The Most Active Volcano in Hawaii

Hawaii’s volcanic activity is prominently depicted by Hawaiian legends and dates back only to the 1820s when records on its volcanic activity begin to be written down. It became a popular tourist destination and one of the world’s most active volcanoes.

Kīlauea is an active shield volcano in the Hawaiian Islands. Here is not only a place for lunch, a quick gas stop, and some photos. You will miss a big opportunity to witness some of the most incredible things on planet earth. Take your time to appreciate this chance fully. There is a shield volcano, Kilauea, in Southern Hawai’i, known as Big Island, one of the youngest and most active volcanoes in the Hawaiian archipelago. In the middle of the island chain, which is primarily made up of volcanic islands, lies the island of Hawaii, United States.

It is a commonplace that the Kilauea volcano erupts from its summit or vents near its rift zones. An eruption is currently occurring on Kilauea, which has been ongoing since 1983, mainly in the Pu’u’ O’o vent. This is one of the most prolonged eruptions in recorded history.

A map of Kilauea shows a summit caldera with its central crater, Halemaumau, which is considered to belong to the fire goddess Pele according to Hawaiian legends. It was thought to have contained a lava lake before 1924.

In recent years, Kilauea has experienced frequent summit, and flank lava flows eruptions along two elongated rift zones that extend to the northwest and east, respectively, all the way to the sea on both sides of the volcano.

There have been three stages to the formation of the 3 x 5 km caldera. The volcano’s basaltic shield is composed of lava flows less than about 1100 years old; 70% of its surface is younger than 600.

During the most recent eruption from the East rift zone, which began in 1983, lava flows spread more than 100 sq km and resulted in huge destruction for nearly 200 houses.

It’s safe to visit Halema’uma’u, and some of the craters have been reclaimed by lava! The Big Island is known for its active volcanoes, so if you find yourself on the Big Island during an active eruption, you must see the lava. A volcanic eruption would have never formed the Hawaiian Islands without continuous volcanic activity, and for many people, it’s a fantastic experience to see it in action in real-time. 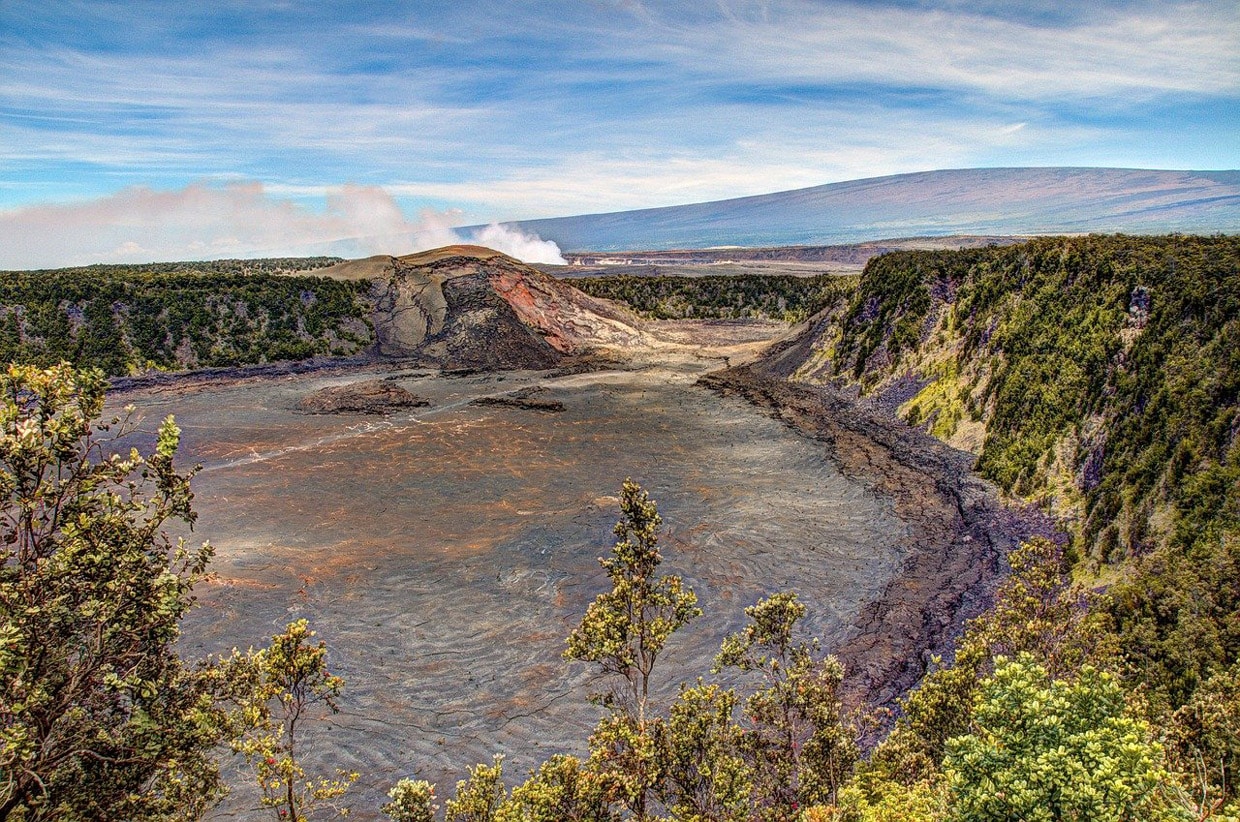 Where Is The Lava Found?

However, our volcanoes are not constantly erupting, even though they are among the world’s most active. The recent eruption began on December 20, 2020. Answering the question if it is possible to see lava in Hawaii would be, “yes! At the Halemaumau crater, there has been an eruption of gas and ash.

You will get to experience many volcano-related activities and highlights during your visit to our island! An excellent volcano excursion would be, for instance, to go to Hawaii Volcanoes National Park or visit one of that many lava tubes.

A Guide to Seeing the Lava on Your Own

Many people have the unique opportunity to witness the lava up-close. What lava viewing locations are accessible and where the flow is active will determine how close you can get to the lava.

If local conditions deem it unsafe for the flow to be freely accessed or crosses private land, that flow may also be restricted. Usually, the volcanoes in Hawaii show erupting patterns very calmly, and it is all too easy to get up close.

You can get the closest look at the lava by hiking to its source. Sometimes, however, lava hikes are impossible since no lava flowing near the surface of the ground or the access route passes across private lands.

Some lava flows are surrounded by publicly accessible land, so guided hikes occur both day and night; there will be plenty of companies that offer such guided tours.

Some of the lava can be easily reached without joining a guided tour, and it is good to remember that you are not required to join a lava viewing tour to see the lava.

When planning an outdoor adventure, please always keep in mind the risks, dress correctly, and bring sunscreen and plenty of water. It is highly recommended that you check out our chapter on lava hiking safety to get started.

Can interested visitors go on a hike to see the lava? Yay! As long as the park determines access to the flow is safe, you can take the stroll. Seeing active surface flows is not guaranteed no matter how close you are to them, so make sure to check these facts before you go.

The lava may be inside the park boundaries, causing trespassing since the flow may be on privately owned lands. Before visiting these places, make sure to obtain proper permission from the landowners! The easiest and most convenient way to see lava, in this case, is to engage a lava tour guide with the appropriate permissions.

During the day, you can witness a large waterfall originating from the ground. It is very close to the water but still a safe distance — an incredible, thrilling experience!

In order to enter the ocean without a US Coast Guard limited entry permit, lava boat tours must stay at a distance of 300 meters (984 feet) from the ocean entry point and outside the designated safety zone. The Land Trust is permitted to take tour operators closer to where the lava enters the ocean under exceptional circumstances.

From above, helicopter tours offer a fantastic view of the volcanoes and the lava. Helicopters give you an outstanding viewpoint on so many things you can’t see from the ground or the water. You might imagine taking a look into a crater lake grounds surface or seeing lava flow around a mountainside, or watching lava burn through forests.

You will find that helicopters offer the best way to see the lava when other methods, including a hike or boat tour, cannot be used. They can stay safe distances while still giving a great perspective. If so, you may need to make special arrangements since helicopter tours can sell out quite quickly!

Hawaii has two significant volcanoes: Hilo and Kona, which have lava tours that depart from Hilo. Only Hilo’s offers a shorter ground surface, and the ones in Kona are more expensive. Despite the high cost, helicopter tours are fun. It costs around $300 for 43 minutes of flight time to take a volcano and waterfalls tour from Hilo. Helicopter tours from Hilo and Kona are organized by Paradise Helicopters.

Generally, a viewer can see lava flowing on the surface from a safe distance from a public viewing area. You can see active lava to your right or near it on foot on a short hike from these locations. The Halema’uma’u crater overlook at Steaming Bluff, in the Hawaii Volcanoes National Park, is an example of exceptional ground surface public viewing opportunities. 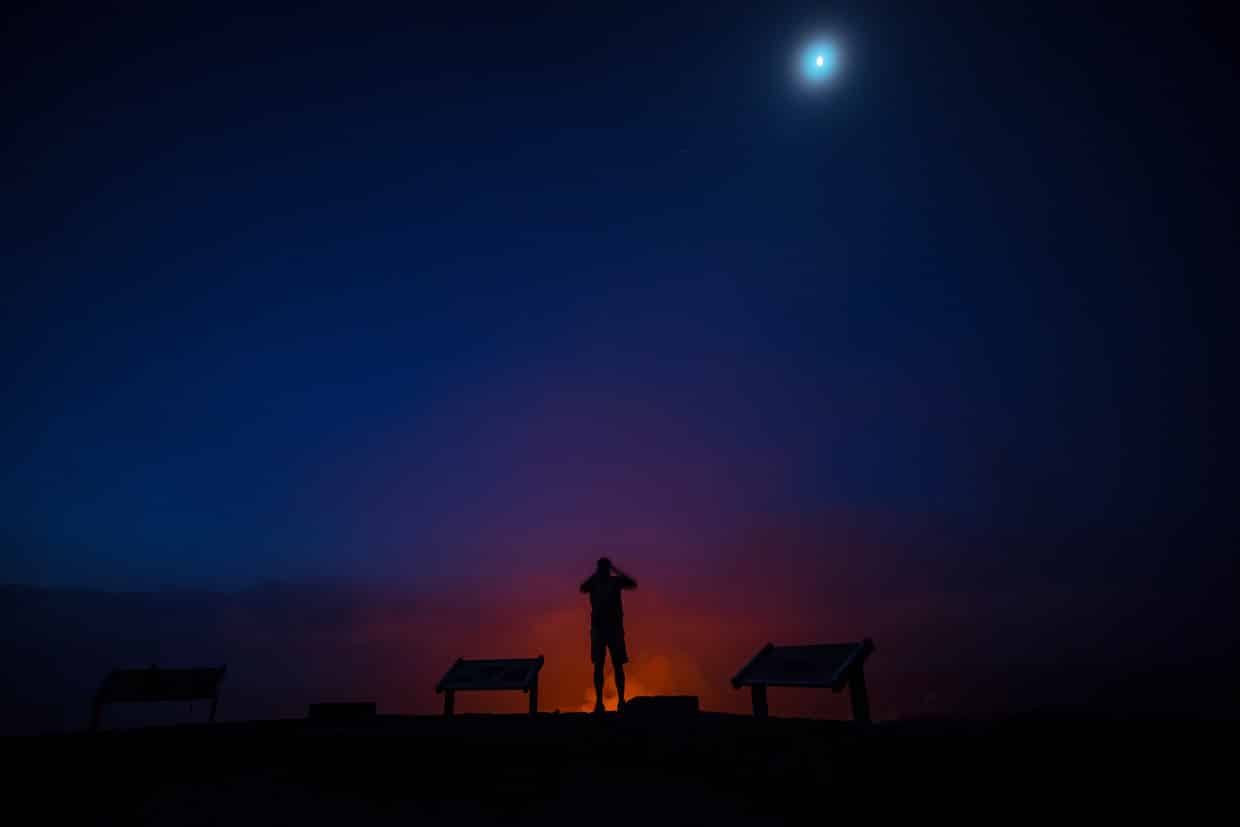 More About the 2018 Lerz Eruptive Event

LERS is an active area of volcanic activity with some of the most exciting sights in the world. A sobering perspective on the effects of volcanic eruptions on local people and the ecological systems is presented in this narrative.

Pahoa is home to the Pahoa Lava Zone Museum. There is a small building in this museum that displays objects from the last eruption. Locals took photographs and remnants from the now-abandoned Jaggar museum.

You are continuing on Highway 132 in the direction of the south/east from Pahoa. Only recently was this road rebuilt over the cooling lava flows that covered it in 2018. It offers some ideal images. Following this road will lead you to an exit now known as the four corners, a one-way street with only one turning a short distance from the end of the road.

Park away from the rocks since there is still the chance that they are scorching hot. Also, touch the ground using caution because the rocks can still be hot. You may see a panoramic view of lava rock extending for miles. With clear weather, you may visit the ocean.