In This Article
Almost everything about Vikram Samvat
Gudi Padwa, the Spring Time
The Story of Ugadi
Everlasting Happiness

Since most Indians follow the Hindu calendar, they celebrate the new year between March and April. Chaitra is the first month of the Hindu calendar (Vikram Samvat). Based on region, time and name of celebration fall differently, so people of different communities celebrate in their way, too. Legends determine that Vikramaditya established the Hindu new year. New year festivals in India include new clothes, mouth-watering traditional foods, and high spirits. Some of them are Gudhi Padwa, Ugadi, Navreh. Keep reading for more information.

Almost everything about Vikram Samvat

Vikrami calendar is the historical calendar that has been used in the Indian subcontinent since 57 BCE. It’s the official calendar in Nepal, but it is also used in several states of India. According to some sources, Vikram Samvat was named after Vikramaditya when he defeated the Sakas. This calendar is based on lunar months Vaiśākha, Jyaiṣṭha, Asādha, Srāvana, Bhādrapada, Asvinā, Kārtikā, Agrahāyaṇa, Pauṣa, Māgha, Phālguna, and Chaitra.

Added to wishlistRemoved from wishlist 0
Add to compare
From: $543.00

Marathi and Konkani Hindus celebrate Gudi Padwa to mark the new year in and around the state of Maharastra and Goa on Chaitra 1st. This celebration implies spring’s arrival. There are some mythical legends related to this new year celebration. In one of them, they say when a raging diluvium happened, suddenly time stopped, and all the creatures were killed. Brahma Purana, one of the Hindu’s holy scriptures, recreated the universe full of justice and honesty on Gudhi Padwa.

People prepare Gudhi Padwa with a bright green or yellow tile designed by a zari brocade. They tie this piece of cloth on the top of a bamboo stick and decorate it with neem leaves, Gathi, red or yellow flowers, and twigs of mango leaves. They also add a copper or silver put on the top of the bamboo stick. They place it outside the window or at the gate of the house. It’s not the only decoration on Gudhi Padwa; they also design floors and walls by Rangoli, present in almost every Hindu ceremony. They hang extensive rangoli at the doorstep and where the Gudhi Padwa is.

Customs, Things to Do!

As mentioned before, besides the Maharashtrian new year, The festival marks the arrival of spring. People perfectly clean their houses. They bathe in special oils & aromatics and dress up in their best traditional clothes. Men wear kurta pajamas, and Women wear sarees or salwar kameez. Sarees are in a range of bright colors and usually have golden ornaments. They also wear a gold nose pin, gold earring with a single ornamental chain, which they pin to their hair. They also decorate their hair with a garland of mogra flowers tied in a bun. Most men and women tie up a saffron-colored turban around their heads.

One of the most prominent parts of this ceremony is the special foods they serve. The foods include Shrikhand with Poori (A sweet dish and a type of Indian bread) and Pooran Poli or Soonth Panak and Chana. When the Gudhi is erected, people offer prayers to Lord Brahma. People of each town get together and perform special rituals. 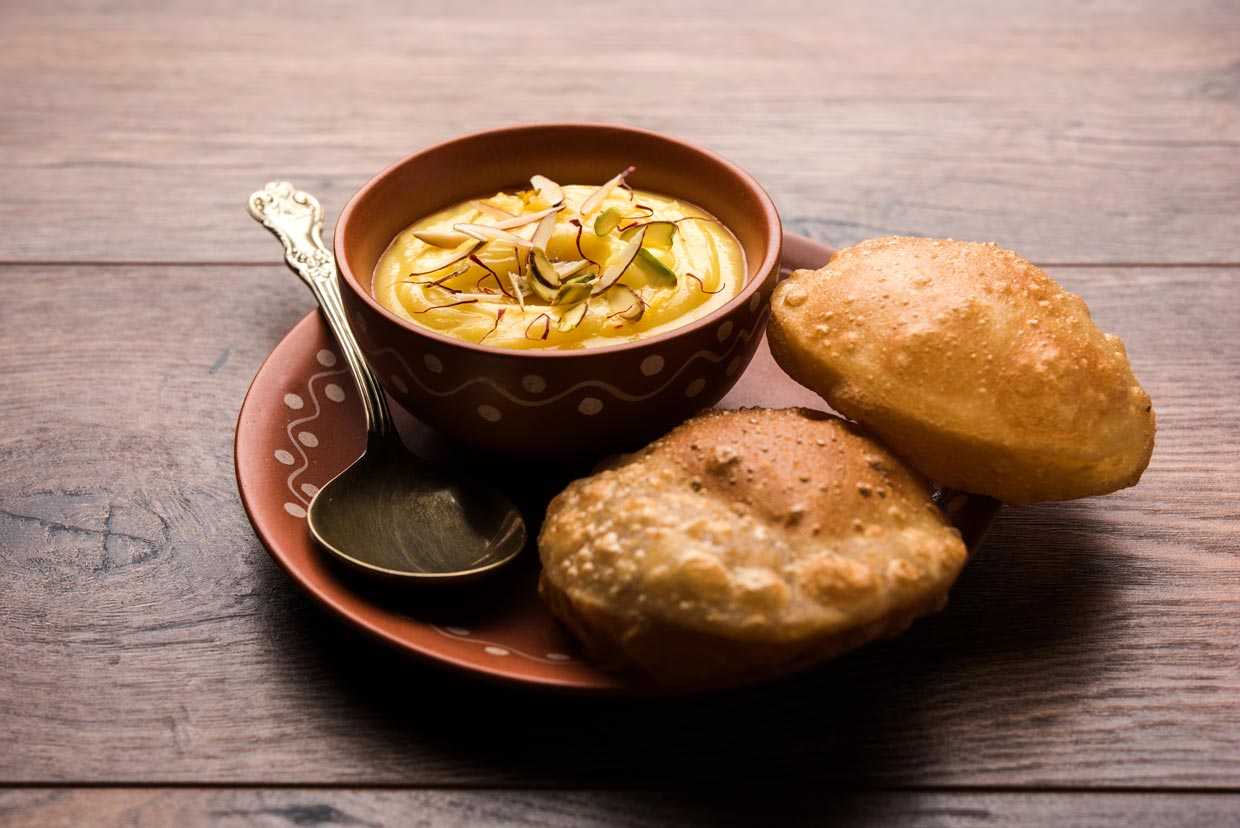 The Story of Ugadi

In Karnataka, Andhra Pradesh, and Telangana, the Ugadi festival symbolizes the new year. Likewise, Gudhi Padwa this ceremony is on the first day of Chaitra. They celebrate the beginning of the spring day-long performing traditions and rituals. Ugadi mythology is based on Lord Brahma’s creation of the universe too. He went on to create days, weeks, and months to keep track of the time. The first day of creation is believed to be Ugadi. The literal meaning of the word “Ugadi” originates from a Yugadi in the Sanskrit language, which is merged from words Yuga (means period or time) and Adi (means the beginning). So Ugadi means the beginning of time.

How to get ready for Ugadi?

People prepare for the festival by taking a head bath before the break of dawn. They get dressed in their best traditional costumes. Cooking the special dish named “ Ugadi Pachadi” is a part of traditions too. The food ingredients are raw mango, neem, jaggery, tamarind, chili, and salt. This food’s flavor has a concept that clarifies life is a delicious mixture of happiness, sorrow, anger, fear, and surprise. It’s a special food on a special day in the year to remind us that life has a variety of different feelings. The point is to learn how to keep up with the varying emotions of life.

The decoration of houses in Ugadi are mango leaves, which decorate the house entrance to please Lord Kartikeya and Lord Ganesh, who both are believed to be fond of mangoes. Mango leaves also symbolize a good yield. Like Gudhi Padwa, making Rangolis outside of the house is an essential part of this Indian new year celebration. Panchanga Sravanam is one of the most popular rituals of Ugadi in which a Pundit predicts the future of each member of a family. Kavi Sammelanam is another ritual in which people engage in literary discussions and recite poems. 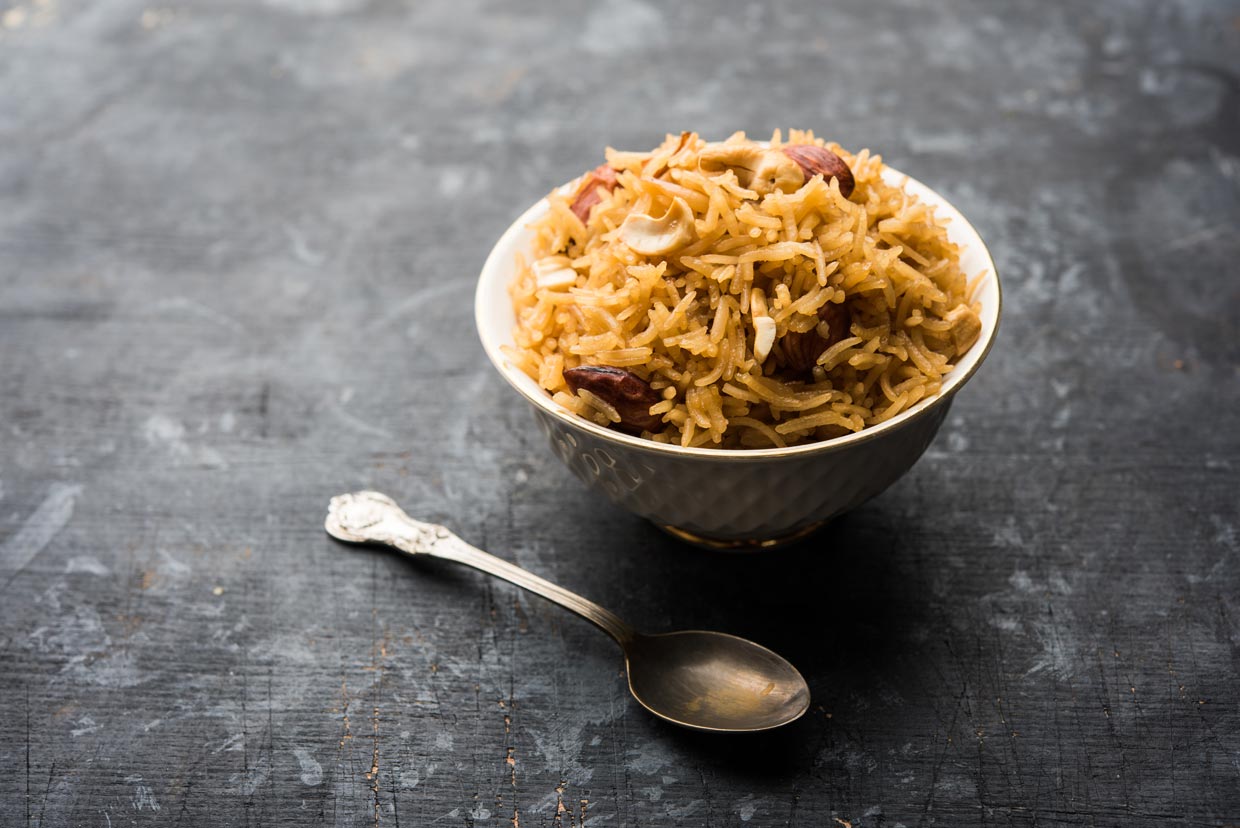 There are other New year related ceremonies in India too. They can be on the same day with Ugadi and Gudhi Padwa or other days during the year based on the history of the celebration, culture, and religion of communities and the calendar they follow. Diwali, Navreh, Nowroz are some of them. Due to the many religions and lifestyles practiced in India, every day can be a special day based on a specific calendar. Indians know how to be happy; this rich culture made them happy people and brought everlasting happiness to their lives only if they want to take these reasons as serious things to consider.