Île Sainte Marie (also called Nosy Boraha) is a lovely tropical island in Madagascar. It offers all travelers need for a fantastic holiday, and if you are looking for a new experience, make sure to visit this island at least once in your life!

Île Sainte Marie (also called Nosy Boraha) is the perfect destination for those seeking a great vacation and excellent travel experience. Tropical island with 57km of beach and reefs, dotted with thatched villages and covered with dense foliage under a tropical canopy. Ambodifotatra, along the western coast, contains the only sizable town. In the south, hotels and resorts abound along the shore without overpowering the landscape. This results in a small island known as Île aux Nattes, a true postcard tropical setting where pirates came ashore with treasure chests in hand. Those on the upper half of the island are a bit wilder, and they enjoy the fact that it is pretty spacious, leaving plenty of space for exploring. It may interest you to learn that the island used to be a pirate base that plunders the Indian Ocean in the 17th and 18th centuries. (Photo by Rod Waddington via Flickr)

Getting there by boat is another alternative. This way of traveling is environmentally friendly and economical. The most straightforward way is to take the Costisse bus from Antananarivo to Tamatave. It would be advisable to reserve a ticket in advance to travel by Cotisse (estimated travel time: 7 hours). Tamatave is an excellent place to spend a night and then take the El Condor bus and ferry the following day. Starting at dawn, the El Condor bus departs Tamatave for Mahambo. It takes approximately three hours to take this bus ride. You arrive at the port of Île Sainte-Marie by ferry from Mahambo. Around 3,5 hours is required for the ferry ride. If you get seasick quickly, take precautions since the sea may be quite rough. 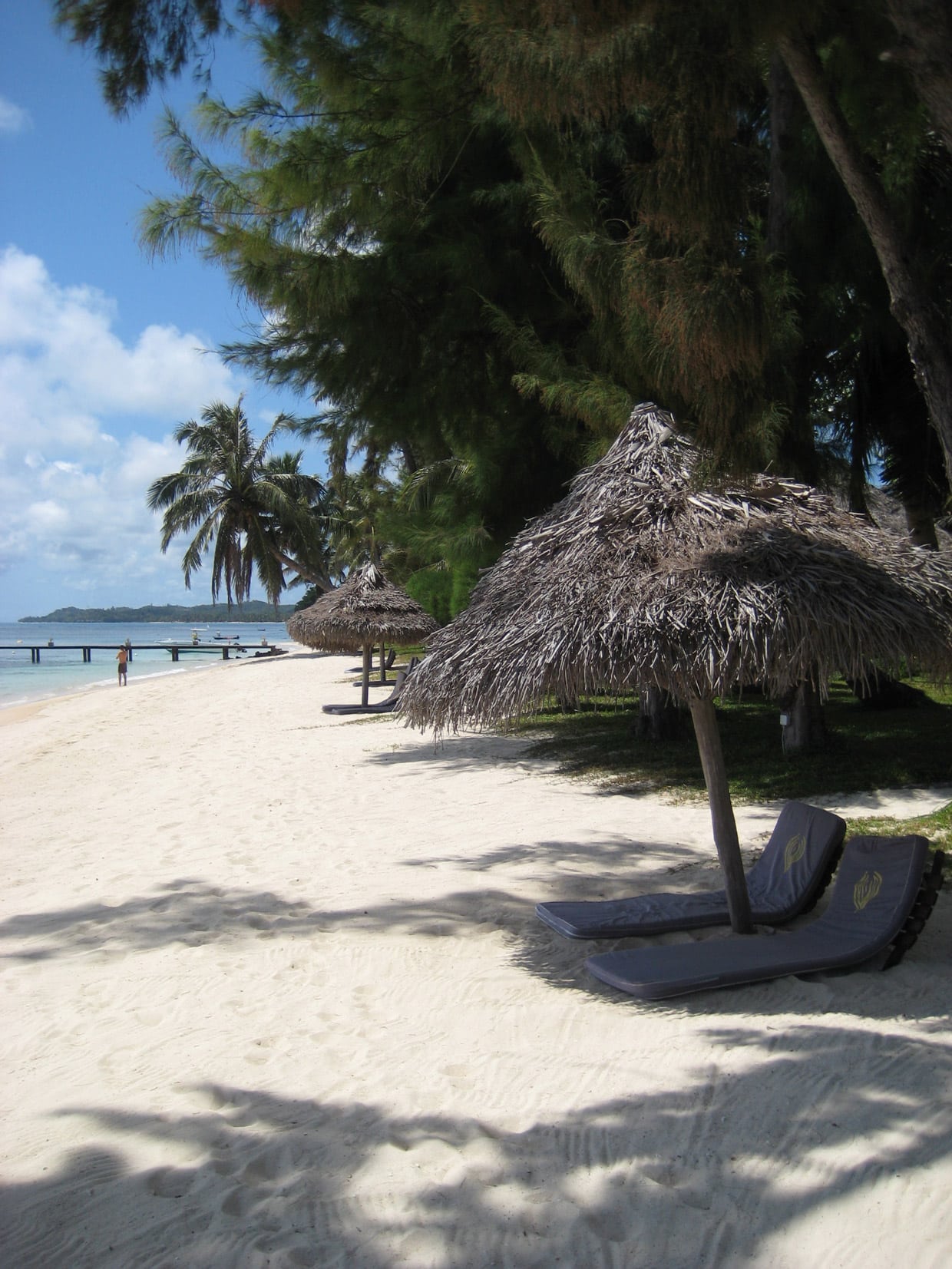 Tuk-tuks are the main means of transportation on Île Sainte-Marie. There are bikes, scooters, and quads available for rent that will enable you to explore the island. When the distance is close, walking is also an option. Walking on the streets is safe during the daytime. Would you like to take a trip to Île Aux Nattes? You then take the boat, the pirogue, which takes you to the shore of Île Aux Nattes within 5 minutes. 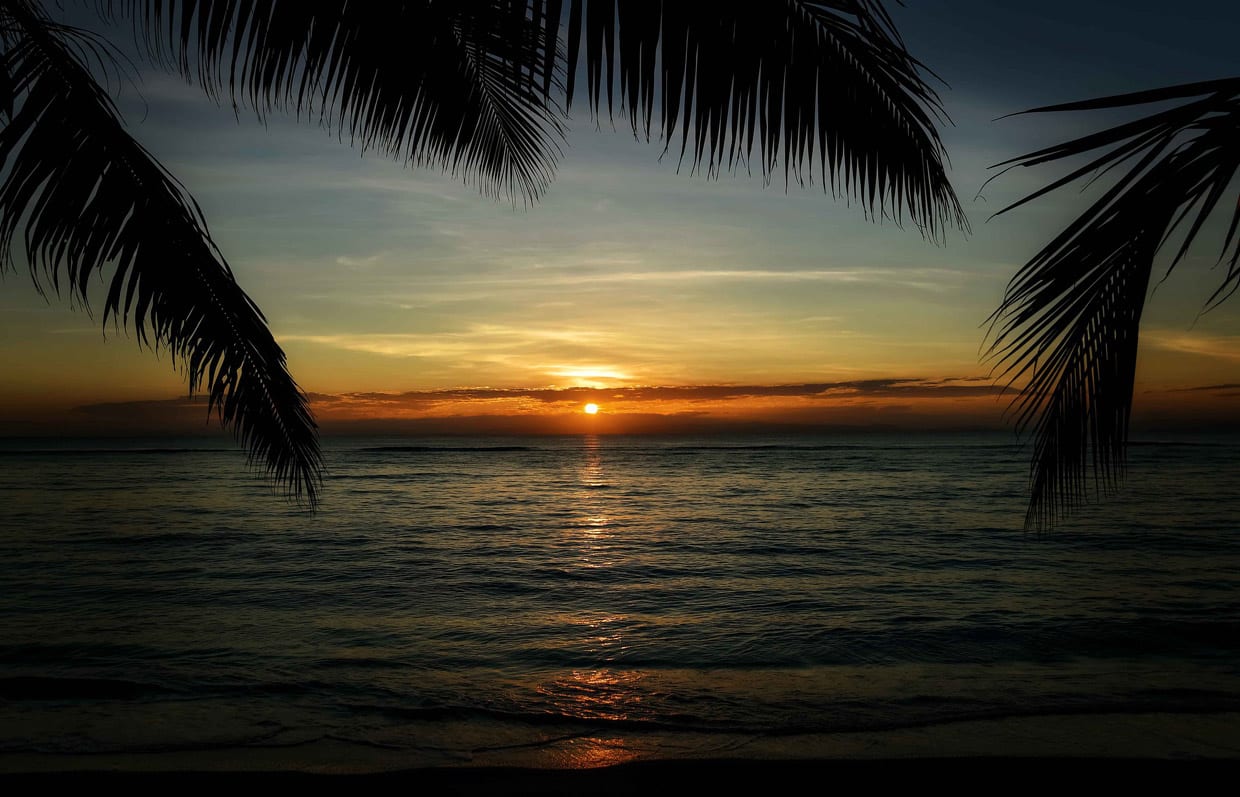 Most people come to Madagascar to see whales. Ideally, one can achieve this on the island of Île Sainte-Marie. Between the end of June and the beginning of October, thousands of whales give birth and mating around the island. Watching them jump, play with each other, and even hear them is nothing short of a miracle.

We recommend you to book whale tours at a Cétamada-affiliated company. This is the organization that makes sure whale watching takes place responsibly without causing any harm to the whales. The Cétamada team also conducts whale research, so if you have the chance, drop by to see their work!

You must know that it is forbidden to go too close to whales and enter the water when within their presence in Madagascar. Here you cannot interact with whales because this is dangerous to the marine animals and you as well.

There is also an island near the capital, Ambodifotatra, where there is a pirate cemetery (also the only one in the world). This is worth going to, though not extremely interesting. There are ten graves here, but most impressive is the view that the graves look out over the bay and other islands.

Riding a Motorbike/Quad to the North of Île Sainte-Marie

In the north of the island, you will find the most beautiful beaches and the island’s bluest waters. On the map, it may not seem that far, but the roads are not great, so it takes plenty of time to get there. Taking a motorcycle or quad allows you to see a lot of this island in a short amount of time. Cycling along some of the poorer roads could be delightful. Mango, clove, cinnamon, and breadfruit trees line the streets, passing fishing settlements dotted with bamboo cottages. Occasionally, you will see pirogues moored in the shallow waters as you pass beaches.

You will have to make a two-hour drive to the northeast for you to find the natural pools. The large rock formations in the water in these two bays shield them from heavy waves. Water splashes up to 10 meters in the air outside the bay when the waves hit the rocks hard. The water is clear, so clear that it’s like being in an aquarium! It’s great to be here by yourself. Not a lot of tourists come here!

At your arrival, you will encounter local guides. As well as getting help from these guys, you can go on your own (an excellent 10-minute walk) to get to the southern pole. It is more eye-catching than the northern pole.

Île Sainte-Marie is a great “scuba diving” destination. If you are in proper condition, you will have love to dive! Dive sites in Madagascar usually have a poor reputation, but Padi Centrum and Bora Dive offer excellent equipment and excellent diving masters. There is also a perfect kitesurfing spot on the east coast of the island. On that spot, Bora Kite center offers you lessons as well as equipment to kitesurf.

Île Aux Nattes is an island located in the Caribbean Sea, off the southern tip of Saint Marie. Getting here is as simple as hiring a tuk-tuk or taxi to drive you to the southern end of the island and then a pirogue (small boat) to the island. You might wonder why Île Aux Nattes is special. There is no doubt that the beaches in this place are among the most beautiful in the area. Its northern and southern sides are full of pretty beaches, but it is Île Aux Nattes that is the cream of the crop. A few places to stay can be found on this island, and it is all so incredibly beautiful and chill.

Wandering Around the Town

Take time to explore the town’s market and tour its pavement cafes for a glass of cold drink. In addition to this, you can see the oldest church on Madagascar, the red-roofed Notre Dame de l’Assomption, which was built in 1857 by French Catholics. Unfortunately, it is not open to the public.

Throughout the day, you can feed yourself on fresh seafood. In particular, the island is famous for its crab, with its coconut milk laced with pastis—Île Sainte-Marie’s signature drink pairs nicely with tropical seafood. 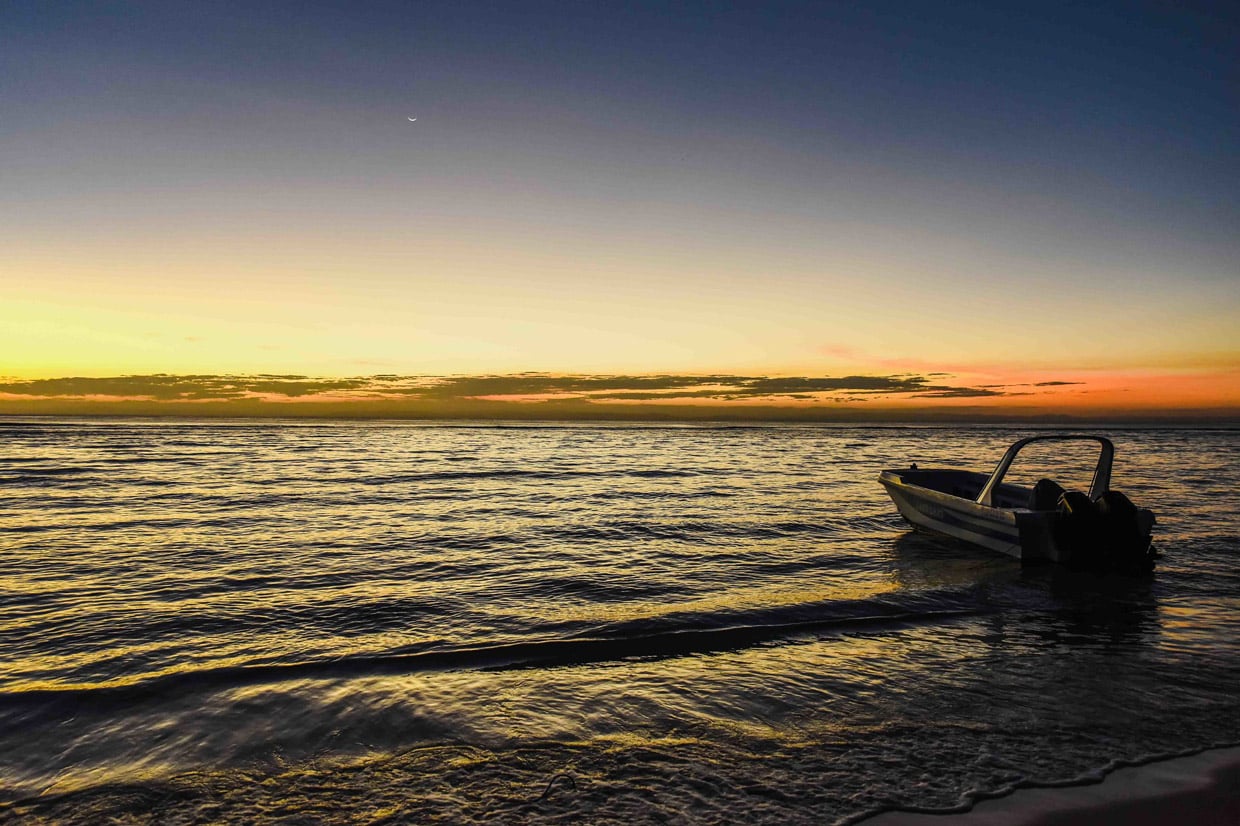 Visitors to Île Sainte-Marie can visit the island from April to December but should, however, avoid the cyclonic months of January to March. Between June and September is an excellent time to visit this area since it coincides with the whale-watching season.

In this part, we have brought you a table of the average temperature on this amazing island. Make sure you check the weather before heading there.