Great Pyramid of Giza in Egypt

The Great Pyramid of Giza, aka Pyramid of Khufu, is one of the Seven Wonders of the Ancient World and the largest of its kind located in Greater Cairo, Egypt.

The Great Pyramid of Giza, or the Pyramid of Khufu, the final resting place of a fourth dynasty king of Egypt, is the oldest and one of the last standing Seven Wonders of the ancient world. Being nearly five thousand years old, there are still many things that are left unknown about this pyramid and the other buildings around it. Some claim that these great buildings were, firstly, the resting place of these great kings and queens, and second, a place in which they would ascend into the afterlife after the end of time.

It is massive, impressive, and still standing, as you have no doubt seen in pictures, but the view in person is something else. It is best to have a guide with you as you go for a tour of the area, but we have you covered if you want to go solo. Some rides will get you close enough, and you will have to decide how you want to explore the area. Be sure to consider when to visit and which sections and buildings you want to visit as the place is vast and massive.

A Small History of The Great Pyramid of Giza

The Giza Pyramid Complex includes three main pyramids, the largest of which is dedicated to Khufu (dates back to 2580-2560 BC). The other two are the Pyramid of Khafre and the Pyramid of Menkaure, respectively the later kings. A little to the south-west is also the Sphinx, which is to guard the Great Pyramid of Giza.

The general idea was to build these tombs and seal them up for the king(s) to rest until the end of time. They were, for this reason, buried with treasures and items they would need in death. There is no clear-cut answer for why they were constructed this way and how exactly they were built.

Accordingly, the later kings were tasked with watching over the Pyramids, which led to the Sphinx construction. Also, there were other statues inside and outside the tombs, which are not seen anymore. According to their lore, the tombs were put on the western side of the Nile, where the dead rest and the people would live on the eastern side, the place for the living to reside.

The construction of the Great Pyramid of Giza is said to have lasted for 20 years with over 100,000 workers. The nearly 6-million-ton structure uses about 2.3 million blocks of limestone that weigh about 2 to 80 tons each. Once the Pharaoh had passed, his corpse was moved to the mortuary temple to be prepared and placed in his tomb.

The same has happened for his three queens, but they were not placed beside himself. There are three smaller Pyramids beside the massive structure that were to hold his wives’ bodies after death.

When the first of the three was constructed for Pharaoh Khufu, his son decided to build his own sometime later (dates back to 2570 BC). This one is a little smaller than his father but follows the same pattern and has its own mortuary temple. It was also during his time that the Sphinx was constructed in his own image. The Sphinx was built to guard the body and his father’s soul and himself in the afterlife until their ascension into the afterlife.

The last of the three structures is the Menkaure’s Pyramid that is the smallest of the three. It was completed in 2510 BC and followed similar designs. Like the other buildings, this massive structure is the best-preserved structure of its surrounding buildings. It used to have smaller Pyramids dedicated to the king’s wives, which are no longer seen.

Layout and Architecture of the Great Pyramid of Giza

Several elements are seen in all the structures and the surrounding buildings. One such similarity is the smaller Pyramids dedicated to the queens of each Pharaoh. Another element that was mentioned is the mortuary temples for each king and their tomb. Another similarity lies in the valley temples of each of these massive structures.

What is not similarly seen are the cemeteries and the Mastabas of the nobles. Such graves and tombs are mostly seen at the sides of the Great Pyramid of Giza alone. The other things that were discovered are boat-shaped pits in the ground. There are no longer any boats left, and the purpose of these pits remains unknown. But in the 1950s, some wood and material for making a boat were found, and it was reassembled.

The exterior design of all three Pyramids is mostly destroyed, but small elements are still seen. The three monuments’ outer surface was covered with lither shades of limestone, also known as the Casing Stones. They were polished and had a slope, which was one of the impressive aspects of the Pyramids. There were also causeways between the temples and the Pyramids, some of which are destroyed, and several sections are not yet excavated.

You might expect to see all sorts of decorations and treasures, but that is not what you will see. There used to be treasures, which were lost due to looting of those who lived in the area later on, and lootings because of the wars in Egypt. As for decorations, since no one was meant to enter or see the interior, you will not see anything except the walls and the inner chambers’ granite. The mummies themselves have also been removed.

As you enter the Khafre and Menkaure Pyramids, you see similar passageways and descent to reach the burial chamber. But as for the Great Pyramid of Giza, it has the same underground passages as any other Pyramid, but to reach the tomb, you have to climb. 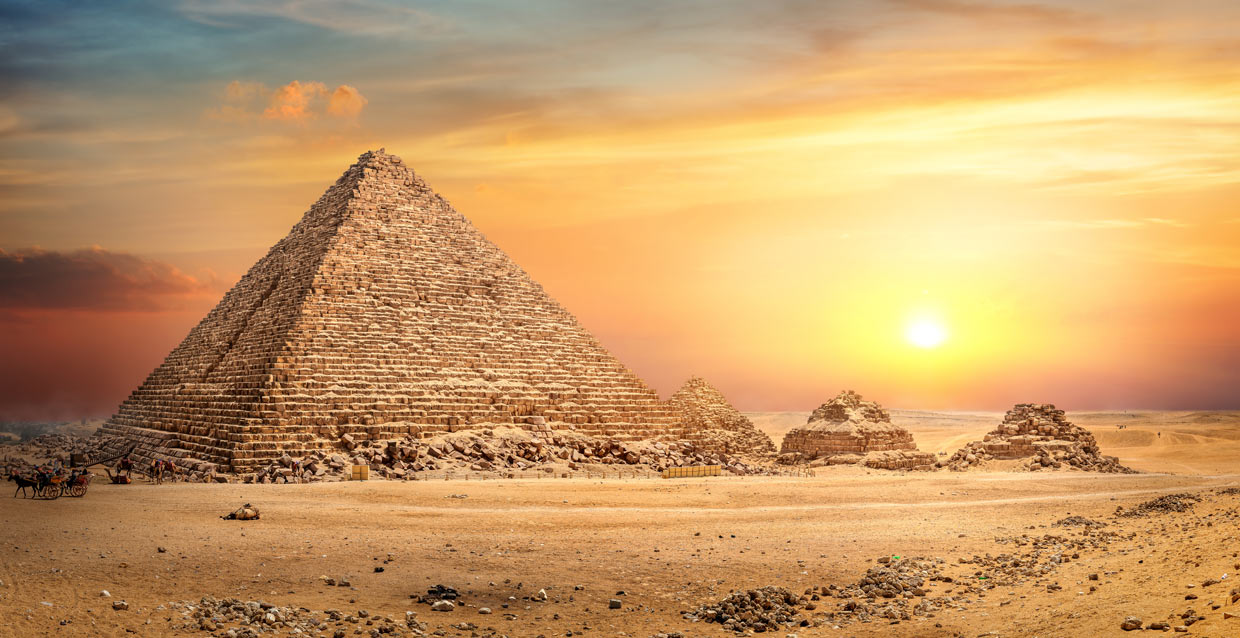 How to Get to the Great Pyramid of Giza

By looking at the complex pictures on the internet, you might think that the Pyramids are in the middle of the desert. In fact, they are close to Cairo, but you will need to get there by bus or taxi. That is unless you are on tour and have a ride already.

The best choice is to go by taxi, which is available in any part of Cairo. You just need to negotiate a price. Ask how much you need to pay before getting on a ride, and not just a taxi. You can always ask the usual prices from the locals or your hotel; better yet, ask your hotel to call a taxi for you.

Your next option is to go by bus; you can find them from downtown Cairo and ask which one will take you near the complex. The lines may change, but they can get you there in a few hours, depending on the traffic. There are about 18 kilometers to go, and it may take some time, but they are cheaper.

Alternatively, a good way to get around Cairo and see the top attractions is to use the metro. It is one of the most crowded options, but it is quick, cheap, and gets you close to the city’s highlights. In any case, they will take you close to the complex, but you will then have to choose one of the above options to get the rest of the way.

The least advisable option, but still something to consider, are the minibusses. They are found in the city and get you close enough to the complex, but they are not comfortable as they get crowded. They are, however, rather cheap. 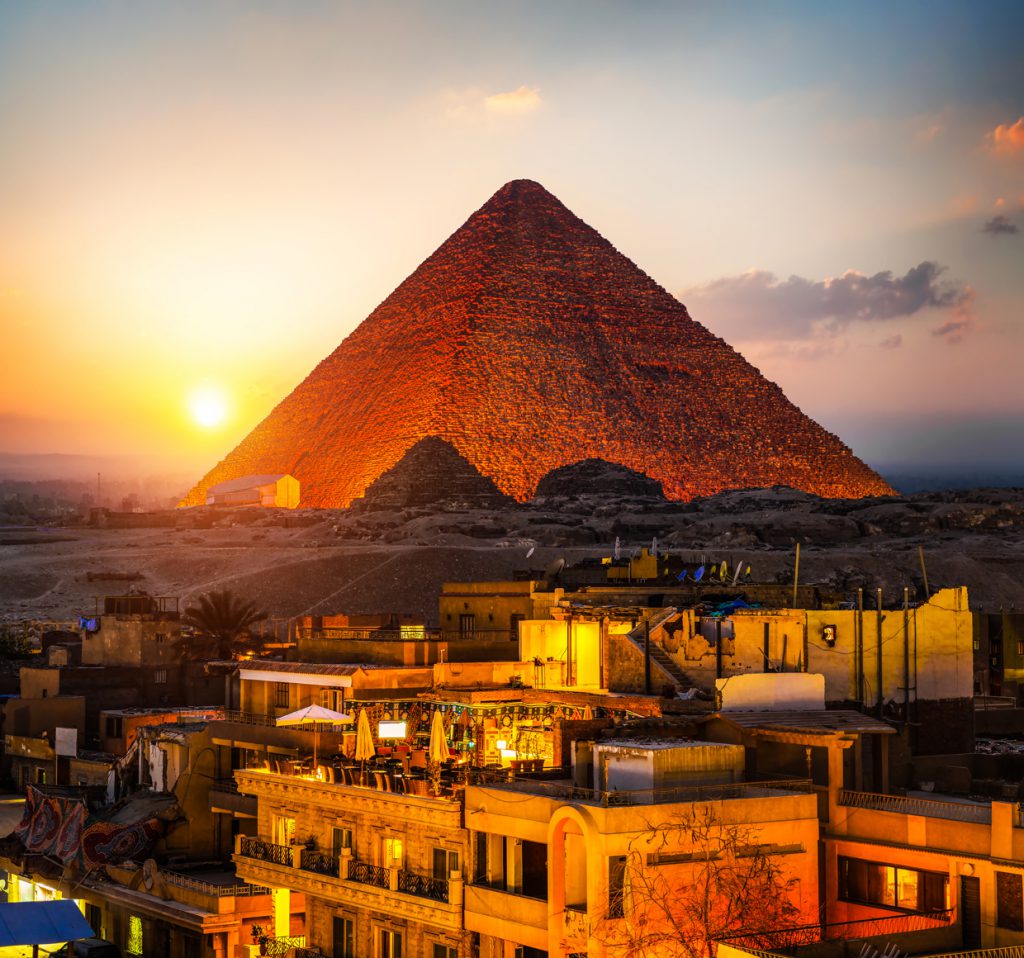 The best seasons for visiting the Great Pyramid of Giza is during autumn and winter, or from October to early April. At these times of the year, the weather is more pleasant, but the site is more crowded.

As for the most suitable time of the day, you can get a less crowded visit in the early hours of the day. But there is also the possibility of getting some haze, which may bother you if you want to take pictures. 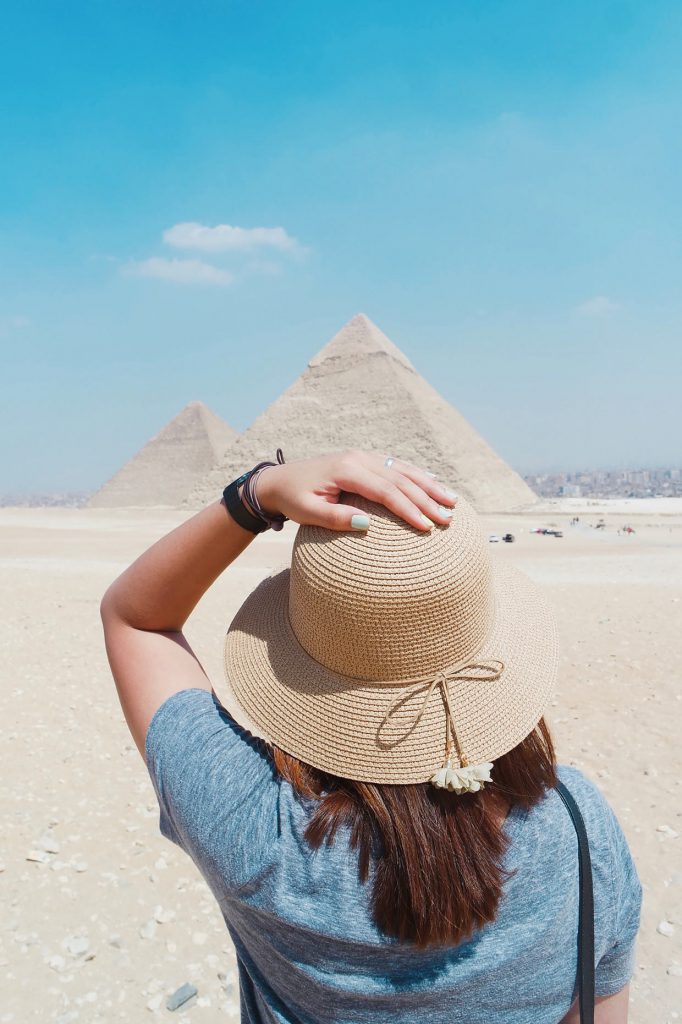 Pyramid of Giza in Egypt

When visiting the Great Pyramid of Giza, you can wear what you want, just like the rest of their tourist sites. But what you want to wear is something that will prevent the sun from burning your skin. Wear something to protect your head from the sun and your body and eyes from the sand. And chose appropriate shoes as you will have to walk a lot, perhaps even in sand.

So far, you know how to get to the complex and what to see. What remains is the exact location and opening hours as well as the entrance fee. Keep in mind that the entrance fee to the different sections varies. You will have to pay additional fees for each section. 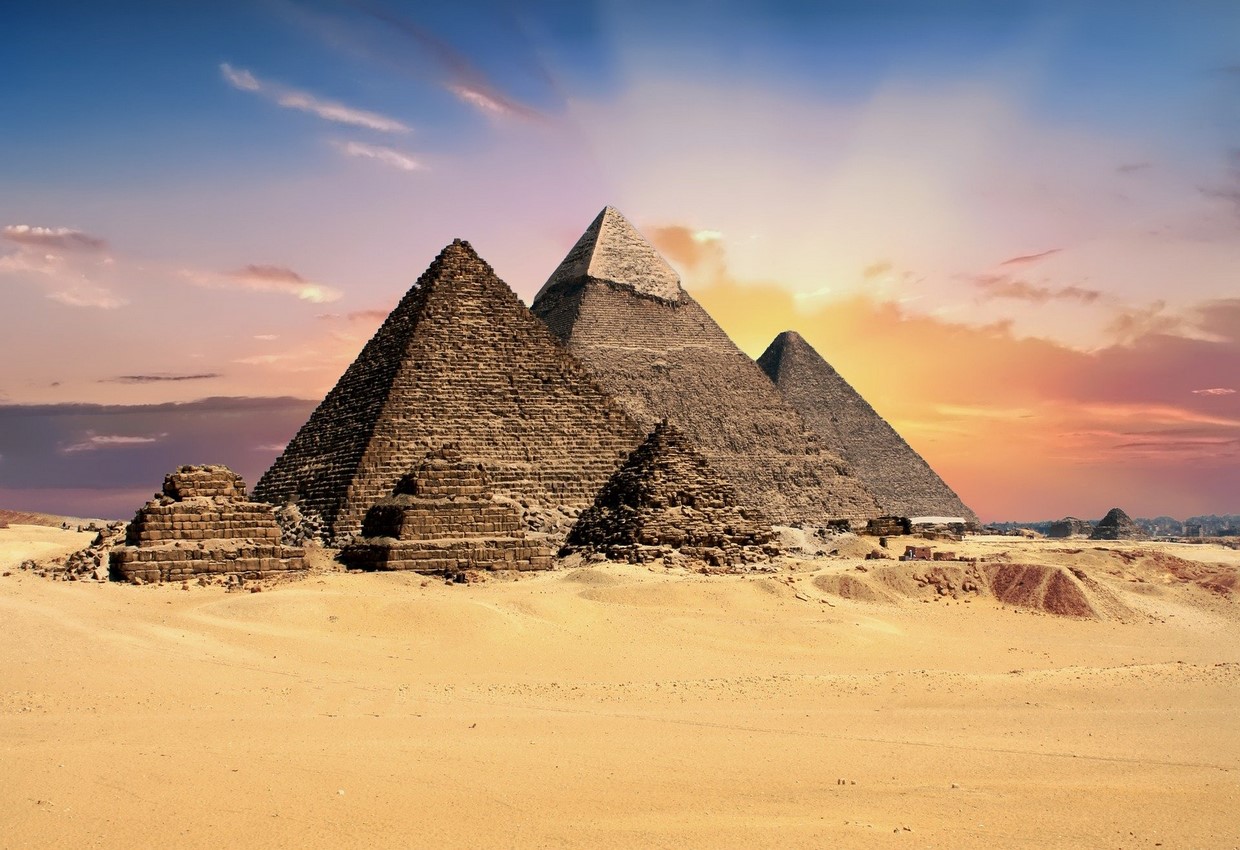 Tips on Exploring the Complex and the Great Pyramid of Giza