Galata Bridge – The Most Famous Bridge in Istanbul (Golden Horn)

Galata Bridge has become the symbol of Turkey over the years as it gives you the chance to encounter the local life. You can see the image of the Galata bridge on magazines, T-shirts, and handicrafts due to its popularity. After the 19th century, it became an essential part of the poems, stories, paintings, and engravings.
In This Article
Where is Galata Bridge?
The History of Galata Bridge
Bridge Structure
Why You Should Visit the Galata Bridge?

Many tourists who have been to Turkey have said that Galata Bridge in Istanbul is where you can’t miss if you want to experience the real Turkey. Galata Bridge has become the symbol of Turkey over the years as it gives you the chance to encounter the local life. You can see the image of the Galata bridge on magazines, T-shirts, and handicrafts due to its popularity. After the 19th century, it became an essential part of the poems, stories, paintings, and engravings.

Where is Galata Bridge?

The History of Galata Bridge

The Golden Horn always has been an important place for trading. Therefore, the building of the bridges in this area has a long history. In 1453, the last years of Constantinople, Turks were placing ships next to each other to make a mobile bridge to transport their goods and weapons from one side of the Golden Horn to another.

Around 1502-1503, Sultan Bayezid II wanted Michelangelo Buonarroti to design a bridge on the Golden Horn, but he rejected his request. But then, Leonardo da Vinci accepted his invitation and designed the bridge, but the Sultan didn’t accept his design.

The fourth bridge was made by a German company named Man. This bridge was fired and poorly damaged in 1992. So, building the New and the last bridge started by the Turk engineers. It was built just a few meters far from the former bridge, between Karaköy and Eminönü, and was completed in 1994. 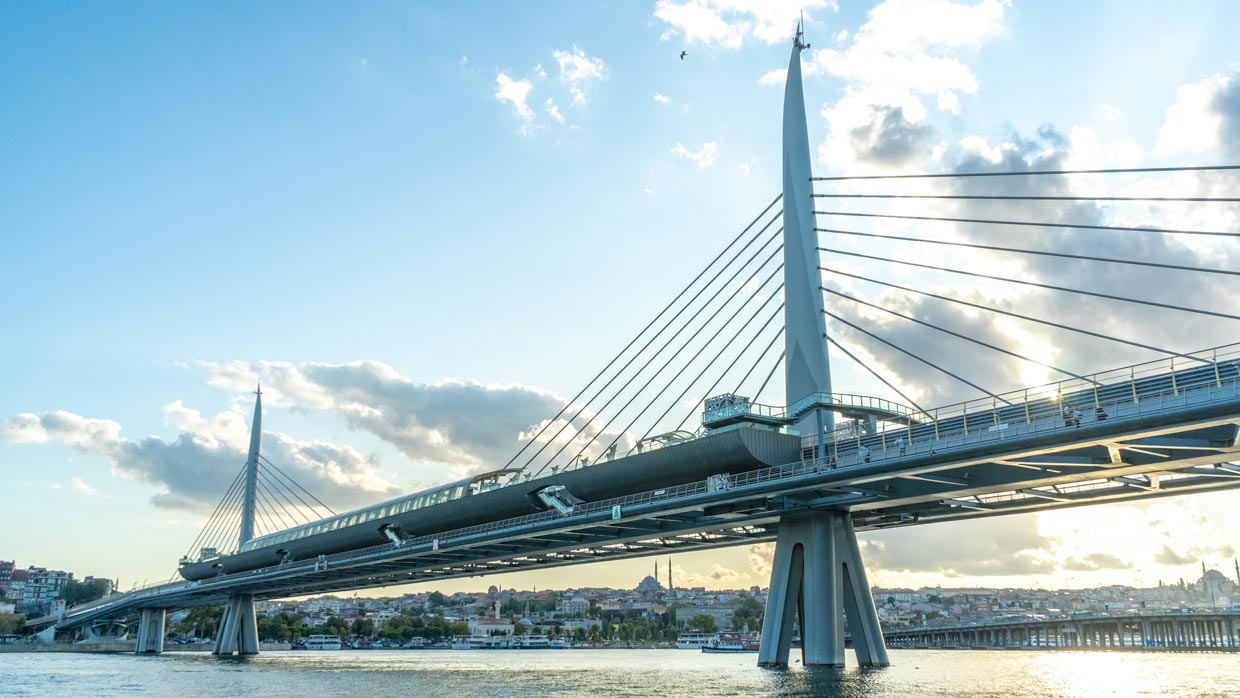 The bridge has two floors. It is 490 meters long and 42 meters wide. The upper floor has three lanes for the vehicles and walkways on two sides of the bridge, and a tramway. On the first floor, there are cafes, restaurants, and markets. This floor became open to all in 2003. 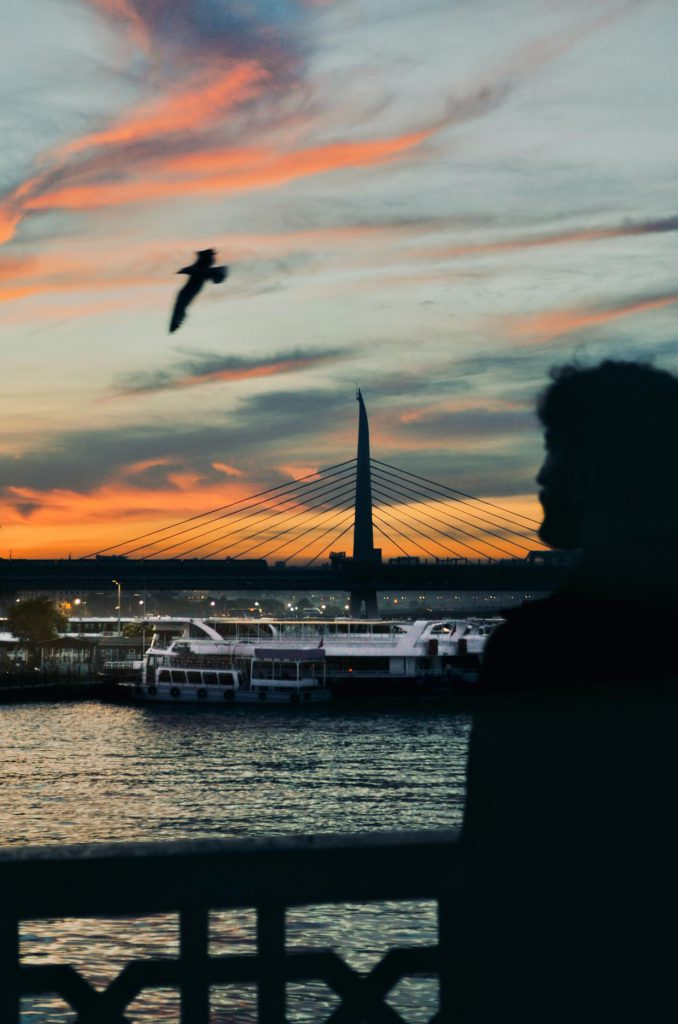 Why You Should Visit the Galata Bridge?

There are many reasons that every tourist should visit the Galata Bridge while traveling to Turkey.

Its particular Geographic location is the first reason to make it attractive. You can watch the glorious sunsets with its image on the Golden Horn from Galata Bridge; the view of ancient Turkey from one side, especially the New Mosque, and the modern Istanbul on the other side is so exciting. You can stay on the bridge and in one moment look at Europe and Asia. Only one-kilometer distance to the Galata tower and being near the Spice Bazaar of Istanbul is why Galata Bridge is a very famous tourist attraction in Turkey.

It is said that the bridge connects two different worlds, the traditional part of Istanbul that consists of religious places, secular institutions, and the imperial palace, and the other quarter consists of non-Muslim inhabitants and foreigners. People with different cultures can now gather on the bridge.

Fishers Always on the Bridge

The other reason and maybe the most important one is the numerous fishermen on the bridge, at night and day, and the cold weather and the hot weather. Taking photos with the fishermen has become routine for the tourists and the fishermen. 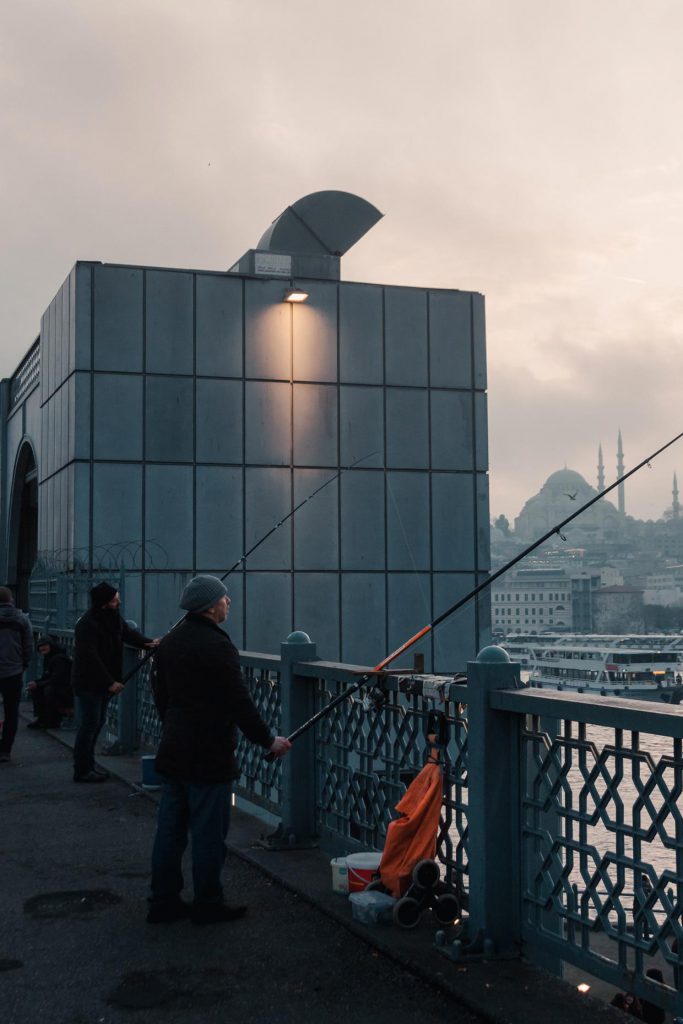 Boating on The Golden Horn

One of the places that you can take a boat from it is the Galata bridge. And it’s just around 2 dollars. You can take about and enjoy boating on the Golden Horn and the famous Bosphorus Strait. 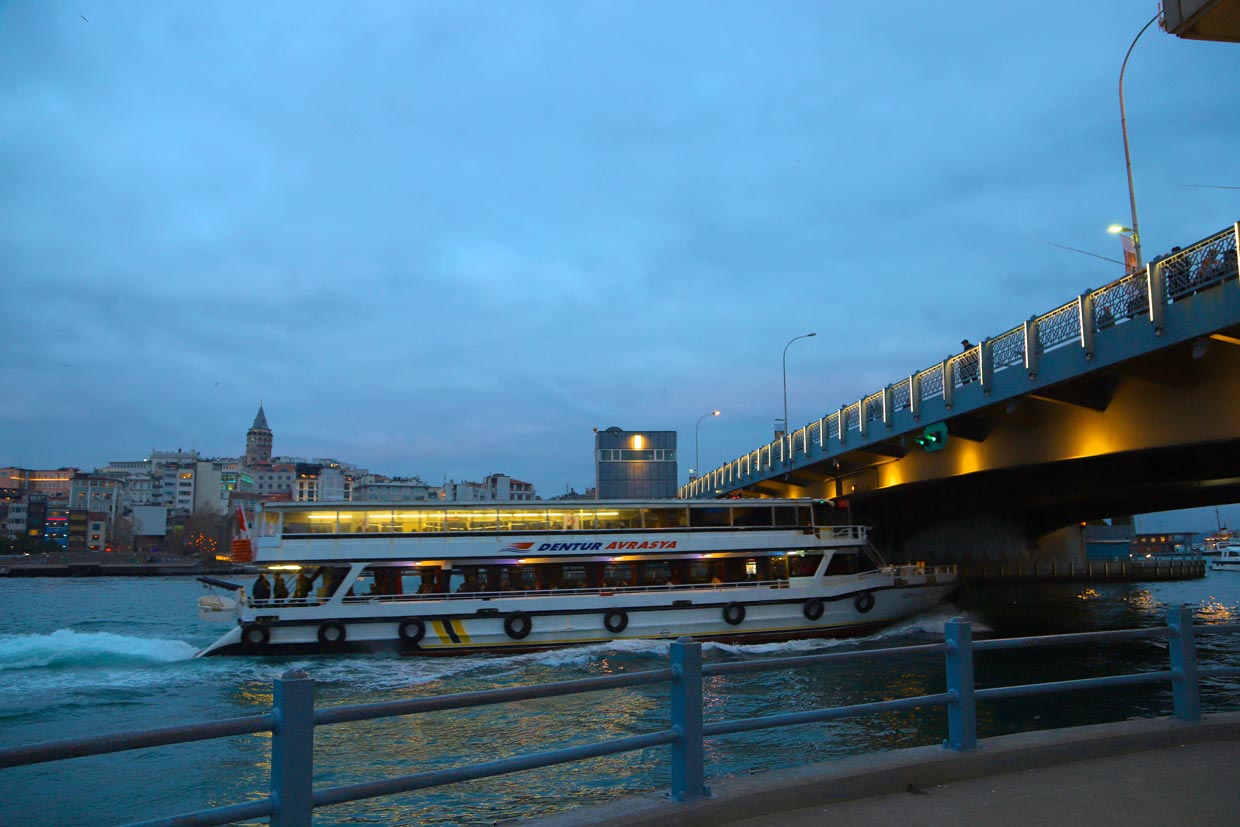 Furthermore, Turkey’s people come to the Galata Bridge so much, to go to the restaurants, buy fresh fishes or even to walk on the bridge and watch the lovely scenery of Golden Horn. So there can be a very suitable place to become familiar with the culture of people. Also, you see people trading and interacting, they do their own business, and you won’t feel that you are a stranger. 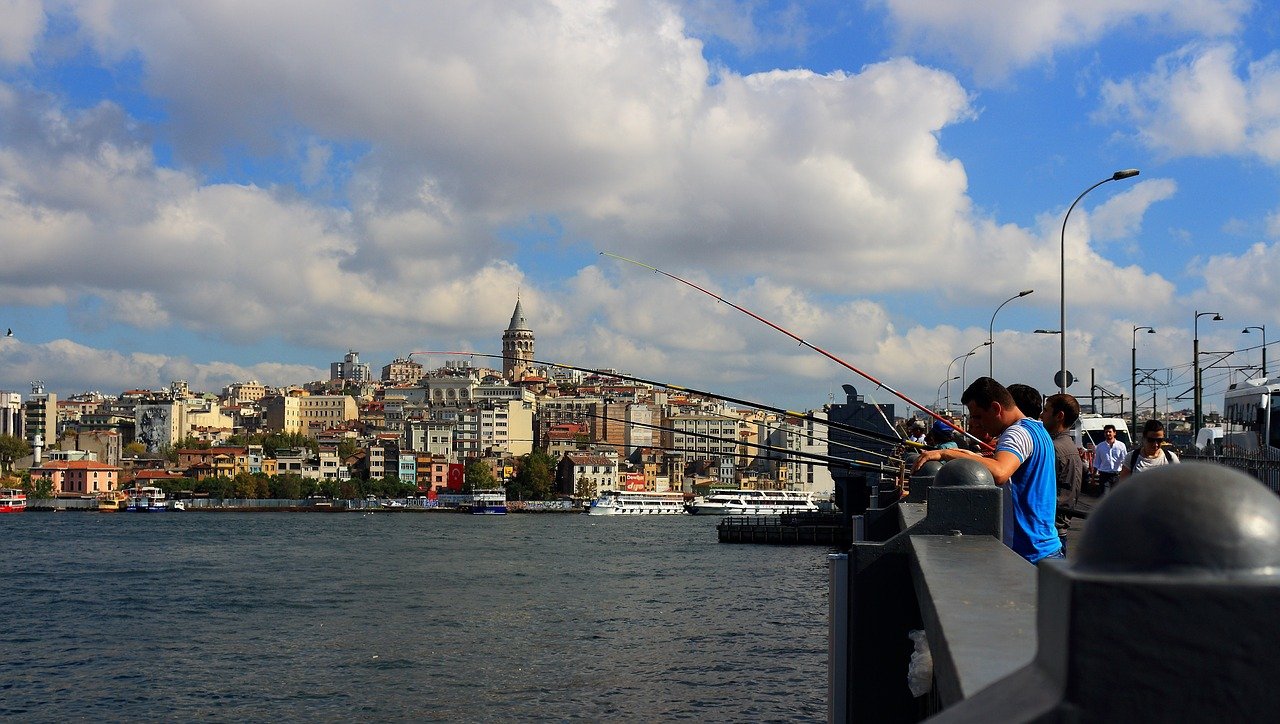 Undoubtedly, you’ve heard about delicious Turkish foods and appetizers, ok, you can taste them downstairs of the bridge in one of the numerous restaurants. Try delicious foods at good prices when you sit on the balconies of the restaurants facing the sea. Maybe you would test a fresh fish sandwich, the Balik Ekmek sandwich, famous and popular food in Turkey, and you can buy it for only about 2.5 dollars. So if you can tolerate the constant smell of the fish, go and enjoy your time on the Galata Bridge. 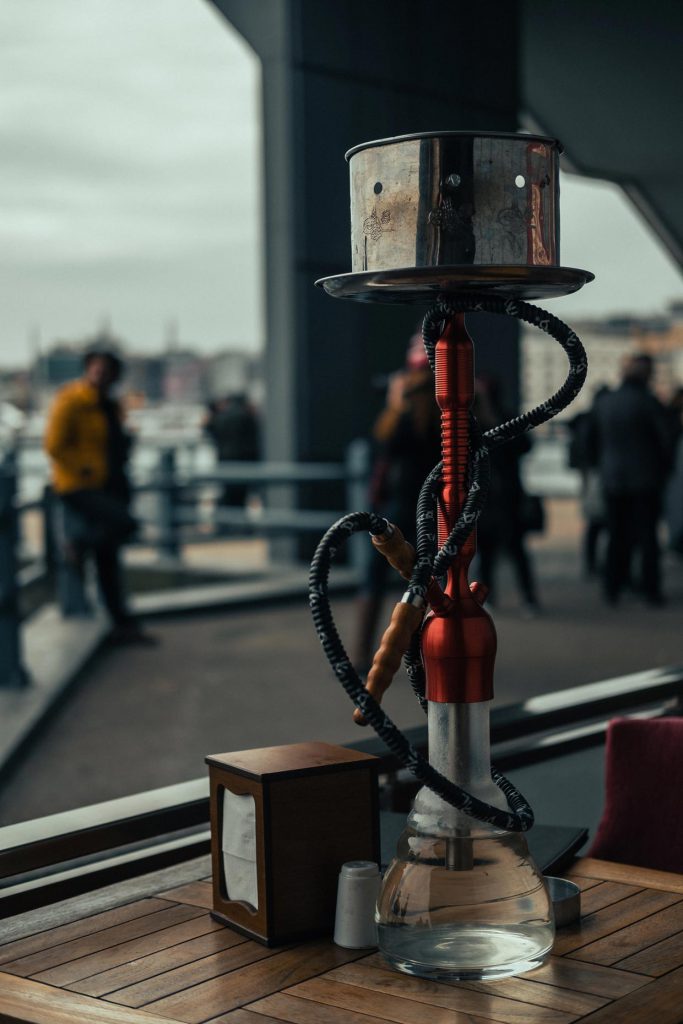