Drum Tower is the largest tower of its kind in China in the heart of Xi’an facing the Bell Tower on the east side. It was built during the Ming Dynasty in 1380.

It was during the Emperor Hongwu of the Ming Dynasty in 1380 that the Drum Tower of Xi’an was constructed. Since then, this structure has been renovated twice, both during the Qing Dynasty (1644-1911) in 1699 and 1740.

The primary function of this tower was to announce time so the people could better understand the passage of time. It also used to function as an emergency alarm so that the news would spread faster. The name of Drum Tower comes from the huge drums within it.

Added to wishlistRemoved from wishlist 0
Add to compare
From: $835.00

In 1996, a new drum was added to the tower. It’s covered by a whole piece of cowhide and it’s considered as one of the biggest drums in China. Also, visitors will enjoy musical performances inside it. These performances will demonstrate the power of ancient Chinese culture. 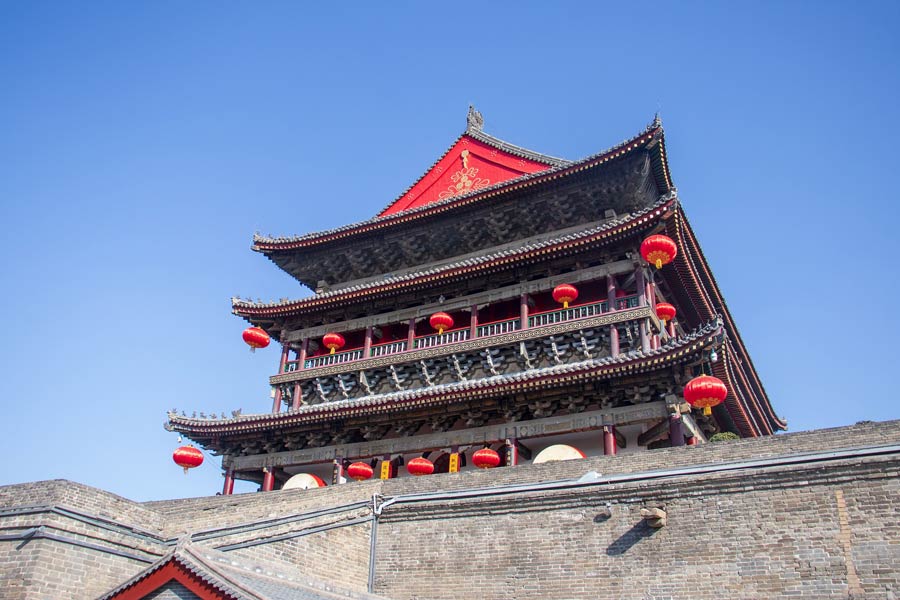 The northern gate of Drum Tower is located at Beiyuan Men Street, and its southern entrance is at West Avenue. It has a height of around 34 meters (112 feet). The lengths of this rectangle building from west to east and south to north are approximately 52.5 meters (172 feet) and 38 meters (124 feet), respectively.

This Drum Tower features a mixture of the architecture of the Tang Dynasty and the Qing Dynasty. Although this is an old building, there are some interesting features incorporated in it. It is interesting to know that there are no iron nails used in the construction of this building.

As you enter from the center of the south and north walls, you would encounter an arched doorway. This is not a usual doorway, and its height and width are both around 6 meters (20 feet). If you would like to have a beautiful view from this tower, you will need to go to the second floor.

Besides the lovely view, you can also find a drum culture exhibition on the second floor. This drum exhibition can give you a good understanding of Chinese drums. Here, you can see a large variety of drums and some of them are related to thousands of years ago. If lucky, you might be able to see a drum show performance here too. 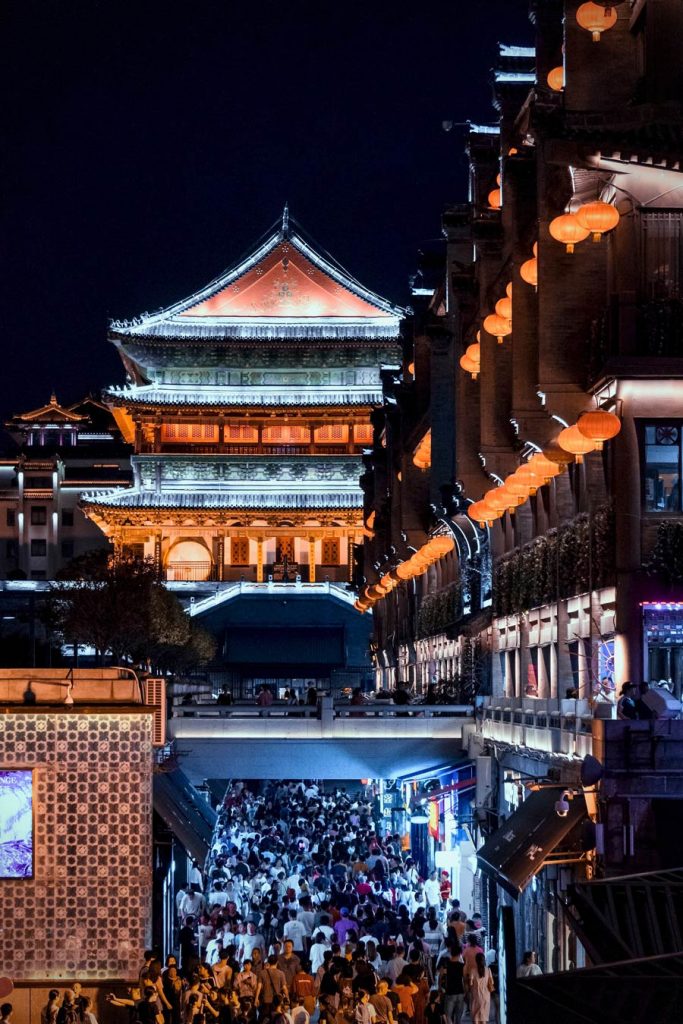 Interestingly, there are 24 drums on the northern and southern sides of the tower. They represent the twenty-four Solar Terms in China’s ancient weather calendar, which had a crucial role in agriculture production.

Finally, we will be grateful if you share your information and experiences in addition to this article with us in the comment section. Also, our professional guides are prepared to reply to your questions about the Drum Tower of Xi’an as soon as possible.