Biogradska Gora National Park is one of the most unique attractions in Montenegro. Here, over 2,000 plant species, 200 bird species, 80 species of butterfly, 350 species of insects, and numerous mammals such as wolves, bears, foxes, deer, squirrels, and dormice live.

Despite being the smallest of five national parks in Montenegro, Biogradska Gora packs a lot into its 5,650 hectares. This 1,600-hectare rainforest is one of only three remaining virgin forests in the entire continent, and trees there are up to 600 years old and 60 meters tall.

Since Montenegro’s King Nikola I liberated the area from Ottoman Turks in 1878, he has been a lover of the area’s beauty and preserved it. As a result, the locals gave it to him as security, and he provided that to them. As a national park, Biogradska Gora was officially established in 1952.

Take a walk around Lake Biograd

Almost nothing has changed about Lake Biograd since King Nikola’s awe for its emerald green waters surrounded by forest. It’s a gently winding forest road that enters the park and continues through it until you come to the parking lot on the lake. This is a free parking lot. It would help if you started your exploration at this entrance since it serves as the gateway to the rest of the park.

Biograd Lake, the largest glacier lake within the park’s boundaries, provides easy access to the park’s six glaciers, and you can walk around the entire lake for around 3.5km. You’ll find interpretive signs along the path explaining the garden and the animals and plants found there.

You can also hire a boat and row out onto the lake from the hut near the lake. This is an excellent option for families with young children that will be too young to go the 3.5km route around the lake. Boats made of wood used for rowing cost €8 for an hour and are equipped with life jackets. Taking a leisurely row around the lake can be done in just one hour.

Lake Biograd and the Tara River are the two places you can fish in the park (catch and release only). Fishermen’s permits cost 20 euros per day. If you are into fishing, this seems to be a great opportunity to go for a calm fishing time.

Almost every family takes the tourist train from the park entrance at Kraljevsko Kolo to Lake Biograd. Instead of driving, you can park at the park entrance and take the open-air train to the lake, where you can listen to information about the park on a 3.5km of journey. Your park entrance fee of €3 per person includes the ride—children under the age of seven enter for free.

The Visitor Center for Biogradska Gora

The visitor’s center can be found in a wooden building on the shores of the lake. This small wooden building takes only 10 minutes to visit and is well worth visiting. It features a central part with information about the park and the species that live there. Inside the visitors center, you’ll find a room set up with examples of traditional furnishings from this area. A 21-meter high lookout tower sits immediately next to the visitor center, from where the lake and park can be seen in the distance.

It is a fantastic place to hike in the Biogradska Gora National Park and the Bjelasica Range. At the park, hikers can choose from several hiking trails of varying levels of difficulty. You can hike to high mountain peaks or glacier lakes for an excellent view.

You will also have the opportunity to see katuns, a cultural highlight for visitors to this area. In the past, livestock from this region would be brought to these summer pastures, and residents stayed in katuns, small wooden herdsman’s huts.

Today, the katuns have often gone out of service for their original purpose and are used as great places to experience the region’s culture, traditions, and hospitality. When you’re hiking in the area, staying on a Katun makes perfect sense. These resorts will allow you to experience the rustic, traditional food and lifestyle and offer you the opportunity to hike amongst the hiking trails.

Animals within Biogradska Gora National Park also display a remarkable diversity of species. The park contained more than 37 different species of mammals, according to a 2014 report for mammalian life. Interestingly, the most commonly observed mammals included wild boar, otter, deer, various species of rodents, and bats. 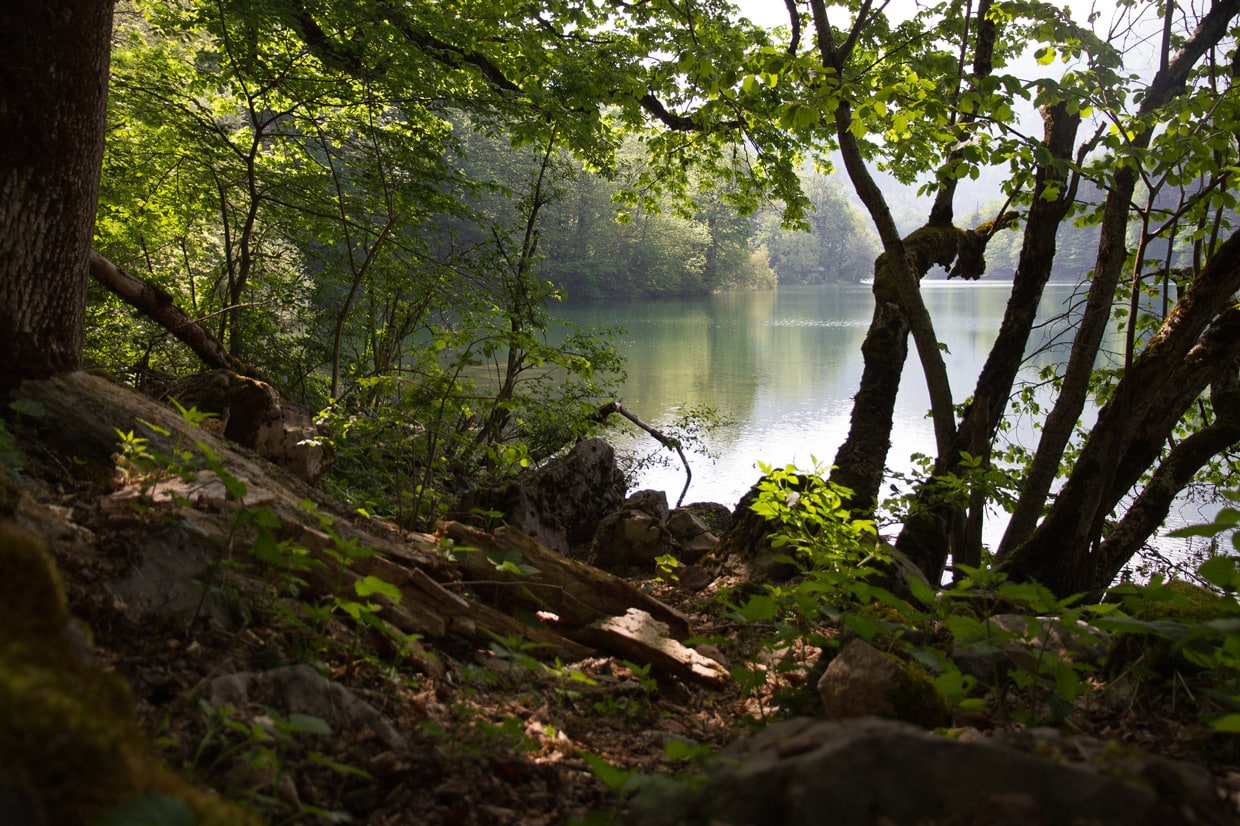 A campground is available at Kraljevo Kolo, which lies at the entrance to the park. Camping on the site is available for both tents and mobile homes, and it costs €10 per day. Other parts of the park are also available for camping. Camping in a tent in the park costs €3 per day, and if you need a tent, you can hire one for €8 per day from the hut near the lake.

Permits to stay in a mobile home are available for €10 per day in the park. A permit to light a fire costs €5 a day, and the price includes firewood. Park permits must be purchased at the park entrance and at the park ranger hut by the lake.

Restaurants and Places to Eat

Montenegro offers a wide range of foods, one of which is the food in its national parks and mountains. You can get delicious and unique comfort food that’s perfect after a day on the trail.

After a few minutes of hiking from the dock on Lake Biograd, there is a restaurant with a lake view. Although the restaurants’ prices are much higher than most of the restaurants in Kolain and even elsewhere in Montenegro, they are the same as a cup of espresso, a cappuccino, and orange juice soda. The price of coffee in Kolain is 50 cents a cup, so you’ll probably get sticker shock here.

However, compared to other European countries, beer or cider from a pub can be purchased for as little as 2.80-4 euros and still come with a great view.

Kolpin has several good restaurants. Moreover, the prices are unbelievably reasonable as tourists do not yet overrun the town. A plate of fries costs €1.50 at a local café in the city, whereas an espresso costs 50 cents. Yet, it’s worthwhile to spend a little extra and visit two traditional restaurants for some traditional foods. Here you can try local specialties from different foods.

About 3km from town, Amanet is a hidden gem. It’s not uncommon to see snow-white Samoyeds doing their thing in the park. Traditional Montenegrin wooden furniture decorates the rustic log house that now houses the restaurant. The walls and ceiling beams are decorated with a range of conventional tools and household items. The huts are open in the summer so you can watch the boats over the river. Here’s a great place to eat and the prices are reasonable.

A fortified mill on the riverbanks of the old town, Restoran Vodenica is a guesthouse. It used to be a gathering place where people gathered to mill grain. Your gaze wanders upward through a creaking staircase to what feels like a grandmother’s dining room. You’ll find comforting food just as good as your grandma’s!

There’s nothing more authentic than Savardak. They have a traditional savardak hut where they serve traditional meals by the Kolain river. If you are looking forward to trying some traditional kaamak or cicvara, this is the place for you.

Some of the complaints about this restaurant are common, but the overall rating is high. Poor service, a dark, smoky interior, and there was no child-friendly menu. The kaamak and cicvara and popara are very good, but the portions are only for two at €16 each, so if you’re a couple, you can’t share two dishes at once. 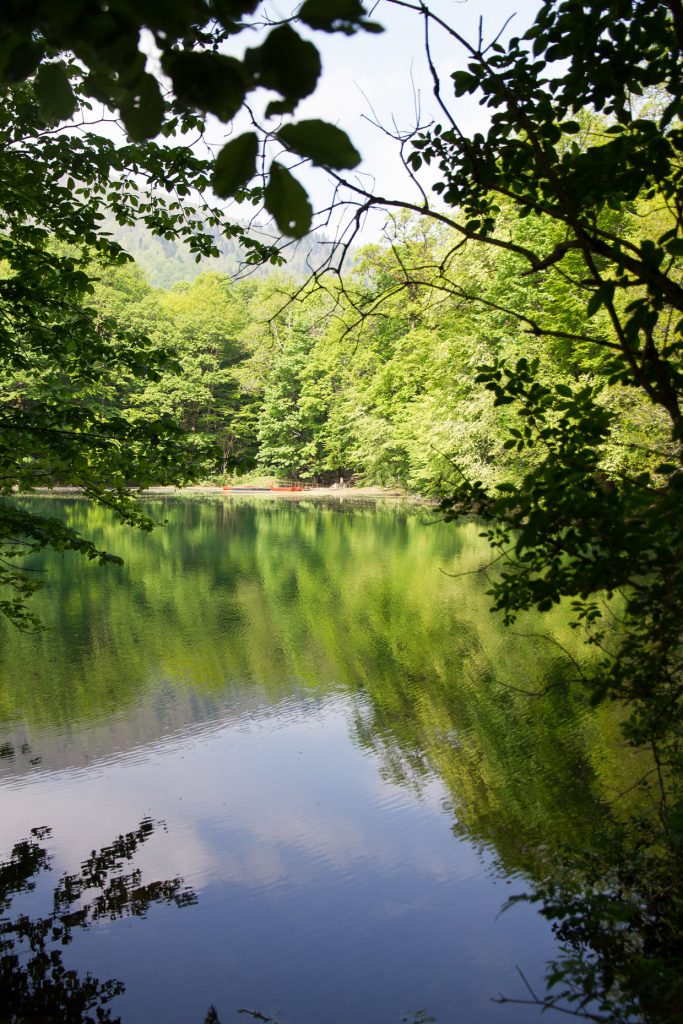 How to Get to Biogradska Gora National Park

You can take the local bus from Kolain or Mojkovac and ask to be dropped off at the Biogradska Gora National Park entrance. A 5km walk from the main road to the lake takes around an hour. To pay your €3 entrance fee, you’ll need to walk 20-30 minutes to the park entrance. Your walk will be shortened by 3km if you start here and take the open-air train.

A town that lies on the east side of the E65 highway, Biogradska Gora is located in Montenegro‘s northern region. It is accessible by car or bus between Mojkovac and Kolasin. In Biogradska Gora National Park, buses from Podgorica or Bijelo Polje will stop if you tell them beforehand. 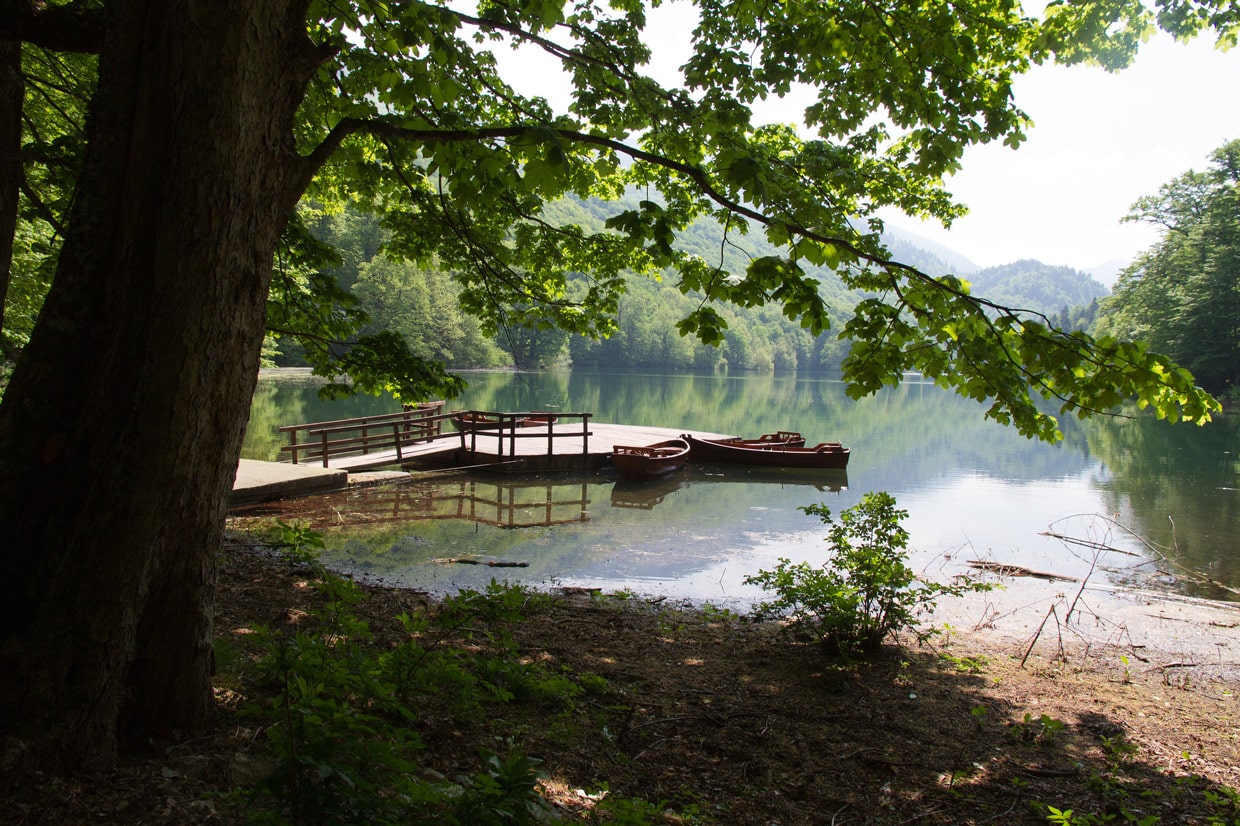 We compiled a list of average weather statistics based on our historical climate data: