Ben Thanh Market (Chợ Bến Thành in Vietnamese) is located in District 1 of Ho Chi Minh City, not far from this city’s attractions. Considered to be near this city’s heart, it is a lively location filled with stalls, vendors, and shops that sell anything you might need. There are four sections in the market near each of the entrances selling specific goods. Walk around these four sections to purchase fresh food and vegetables or souvenirs and any other item you may need. (Photo by pelican via Flickr)

If you are looking for a place to try some snacks instead of shopping and perhaps sit and rest, the night market may be just what you need. Day or night, visit the market while in town to at least see the site of one of the oldest surviving markets of Ho Chi Minh City, Vietnam.

The building that is now known as the Ben Thanh Market, which is a symbol of Ho Chi Minh City and an iconic attraction, is not as old as its history. In the 17th century, when this city was called Saigon, this market was a gathering place for sellers and vendors near the Saigon River. It was not really a market with a building for some time until it gained more fame. It only used to be a wet market that would sell anything available until the FrenchColonials’ arrivals.

The market grew larger every day until the French took over and began their rule. They never bothered the stalls and shopkeepers; in fact, none of the political shifts or wars in Vietnam did much damage. It was expanded to some extent and gained an appropriate structure in 1859. The only misfortune that took place in this market was the fire in 1870. Of course, the market continued its work, and the shopkeepers and traders rebuilt.

The symbolic structure of Ben Thanh Market that we see today, however, is no longer near the Saigon River. In 1912 the market relocated into a structure with an architectural style of the French used to rule the country. This new building was near the former My Tho railway station, which is now a bus station. The new location was now known as the Ben Thanh Market. The old building, however, was neither abandoned nor demolished. It came to be known as the ‘old market’ or Cho Cu.

Obviously, as the building was originally constructed under French architecture’s influence, its exterior and interior resemble the French Colonial Era. On the southern entrance, there is also a clock tower that still functions. But the same structure with about 13,000 square meters, while keeping its original shape and architecture, has adopted several new elements under its various renovations.

It still looks the same as it was and yet not dissimilar to the city’s adjacent building. It gets about 10,000 visitors daily, buying goods from about 1500 booths and 6000 small stalls and vendors. Since it uses natural air-conditioning methods, you will not be bothered with the weather outside, not unless it is too hot or too cold! 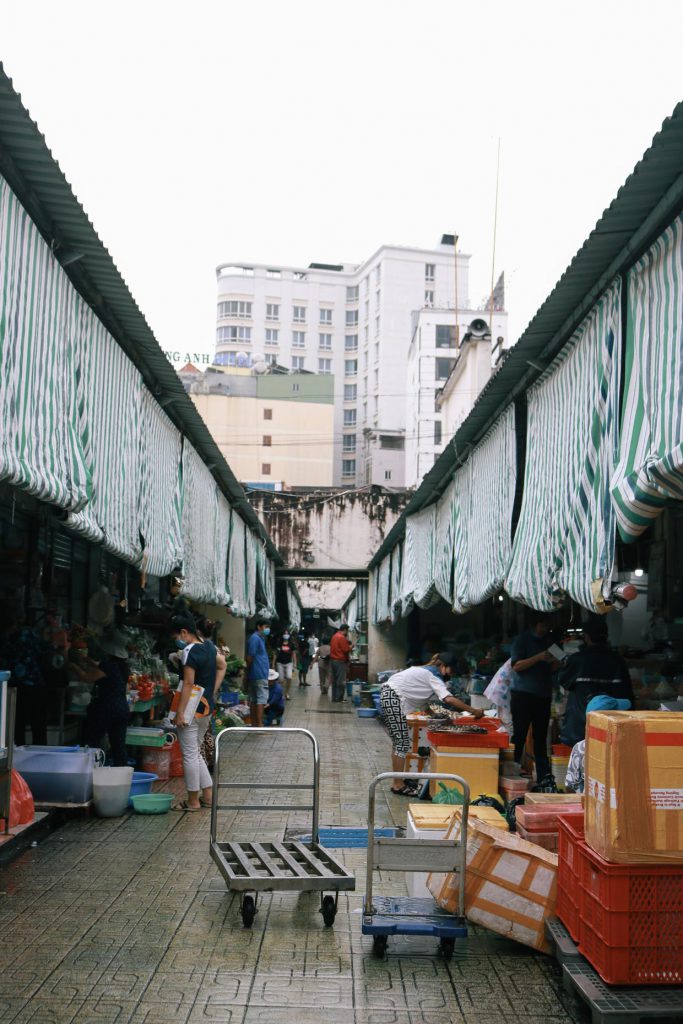 The market is not limited to only four entrances, but these four in all four directions facing north, south, east, and west are the primary ones. The most iconic one is the clock tower entrance in the south, which also serves as the Ben Thanh Market symbol. Other than the four main gates, there are also 12 more entrances all around the market.

Near the southern entrance and the clock tower, you can find clothes, shoes, bags, and such products as wholesale or retail shops.

On the opposite side and the northern side, you see fresh edibles and ingredients like vegetables and different kinds of meat. There are also processed food and flowers in this section, along with fruits.

On the east side of the market, you can see another area with edible items and packaged products, and most of them are even dried. Among these dried goods, you can see tea and coffee or dried fruits.

To the west, you see the last section, which is also a popular section for tourists and the locals. You can find decorative items and souvenir shops near the western gate that include art pieces as gifts for your loved ones.

You may find all kinds of products other than the four major groups that were just mentioned all around the market. While walking around in Ben Thanh Market, you might want to try some of their foods and snacks sold by some stalls and vendors.

You need to keep in mind that you need to negotiate for a better price in most shops as you go shopping—only a few stalls are near each main entrance owned by the government and have fixed and non-negotiable prices.

Since the market gets many visitors and there are thousands of small businesses, you should be careful about the quality and the price of goods. Some of the vendors may be selling fake items. 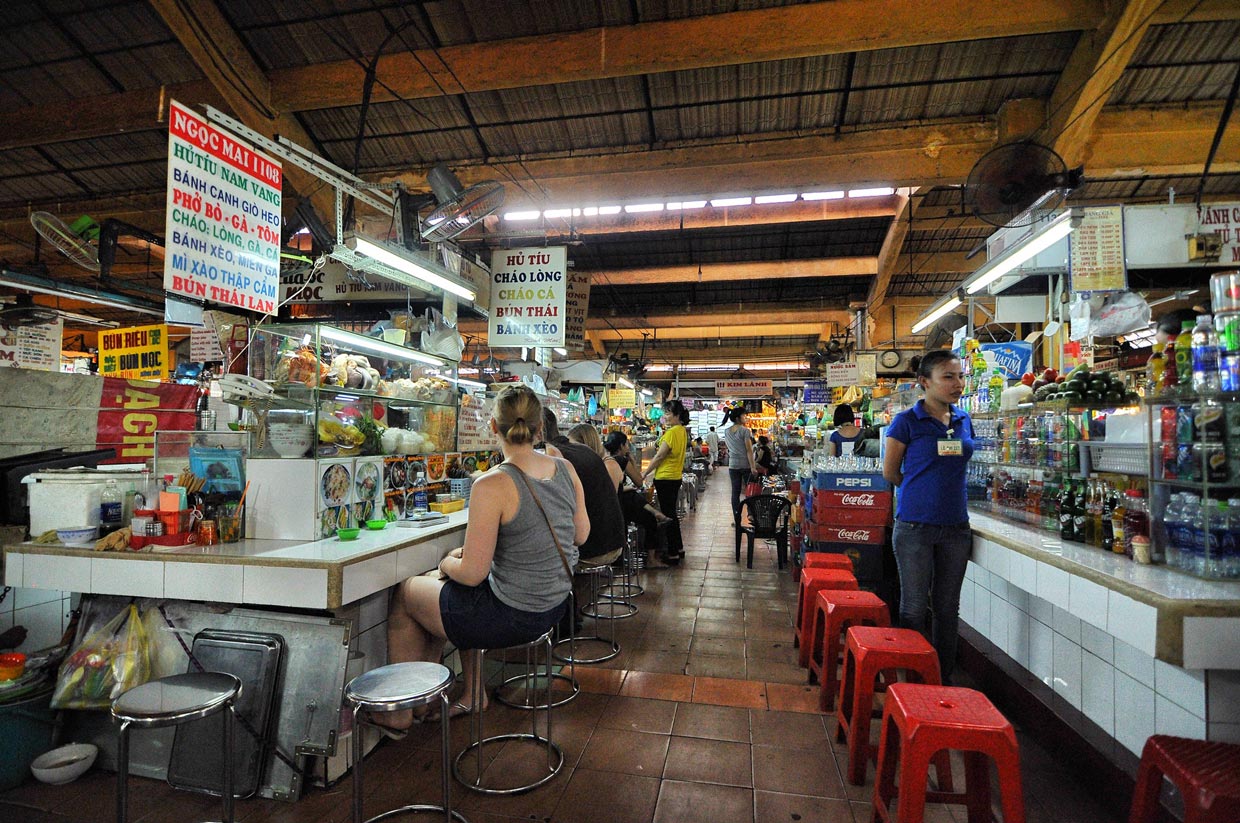 The market is open for 16 hours a day, but these periods are divided into the 12 hours day market and 4 hours night market. During all of this 16-hour opening time, you can visit and enjoy your time exploring and shopping except in hot hours of the day. But if that does not bother you, you can make your visit any time you desire.