Located in the Ninh Binh province, Bai Dinh Pagoda is a large religious complex consisting of ancient and new architectural elements. To the east of this magnificent attraction of Vietnam, you can find the Tam Coc-Bich Dong, The Hoa Lu Ancient Capital, another of the historic sites of the province. Two of the nearby cities to the Bai Dinh Pagoda are Ninh Binh and Hanoi, which are 15 kilometers and 90 kilometers away. The Complex is known as the largest Pagoda in all of Vietnam and eastern Asia. (Photo by ©️ mmmmngai on Flickr)

the Ancient Pagoda and New Pagoda

There are two Pagodas there, known as the Ancient Pagoda and New Pagoda. The Older place of worship and pilgrimage is located at the west of Dinh mountain and with a rich environment around it. On the other side of the mountain, you can see the very large and newly constructed Bai Dinh Pagoda. Besides the stunning view of the Pagodas and the nearby mountain, you can see beautiful caves, green forests, and the Hoang Long River. 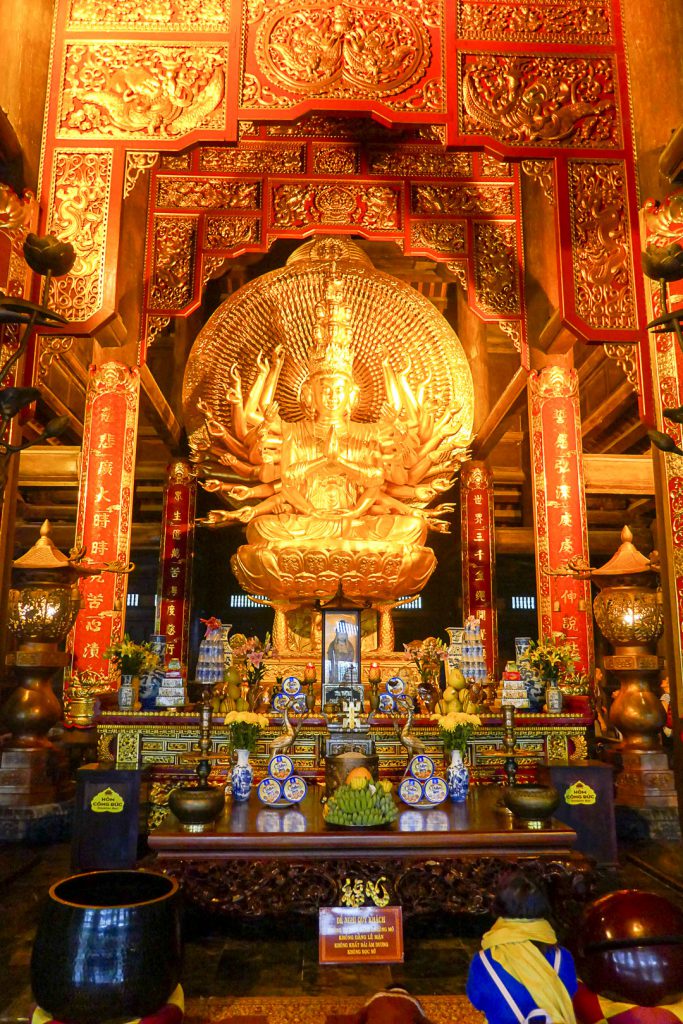 There are two primary Pagodas or Temples in the Complex, as was mentioned. According to the architecture and the items found in The Ancient Pagoda, it is said that the original building belongs to the 11th century. This building is also said to be the work of a monk called Nguyen Minh Khong, which belongs to that time when the Buddhist religion was the national religion of the country.

Centuries later and in 2003, construction of the New Bai Dinh Pagoda began after receiving a large investment. The New Temple was Built and opened in 2010 and about 800 meters away from the Ancient Temple. The architecture is inspired by that of the older Temple, but also using several elements of the contemporary age, becoming not only the largest of its kind but also the most beautiful Spiritual & Cultural Complex of Ninh Binh.

To get to the ancient Temple, you need to climb about 300 steps and pass from under an ornamental gate. To reach the new Complex not only you will have to climb further, but you also need to go a great distance, which is why the Complex has its own electric-car transports. The grounds of the entire Complex including both Pagodas is about 539ha.

This new magnificent construction is the work of many workers and artisans who came from the nearby handicraft villages. Some of these praiseworthy craftsmen and their works include the bronze sculptors from Y Yen, stone carvers of Ninh Van, ceramic tile makers of Bat Trang, wood carpentry from Phu Loc, and the embroidery from Ninh Hai. In addition to the workers, most of the material for the new Temple comes from the nearby regions.

Inside the Temple Complex, there is a hotel for travelers and pilgrims. The hotel is a modern building using the same architecture as the Pagoda. You can have access to Wi-Fi and other facilities if at low prices. In case you want to spend some days near the region, this hotel is the best place to stay in. If you plan to stay, book your room before the visit as others may have the same idea.

The temple Area as a whole is a site you want to explore to discover all of the sections and visit all of the works but the two most important buildings housing stunning artifacts are the Dien Phap Chu and the Dien Tam The. When enjoying the sight of the architecture and the interior design of these places, you can look for the Buddha Sykamuni statue, which weighs 100 tons and is 10 meters tall. Three more statues are inside the Tam The, also 12 meters high and marking the three times of the past, present, and future.

Moreover, there is also an event held during the first days of the Lunar New Year. During this event, in addition to the pilgrims that come regularly, people gather to perform rituals and celebrate. If your timing is correct, you can visit this spiritual Complex and enjoy the celebrations during your holidays. 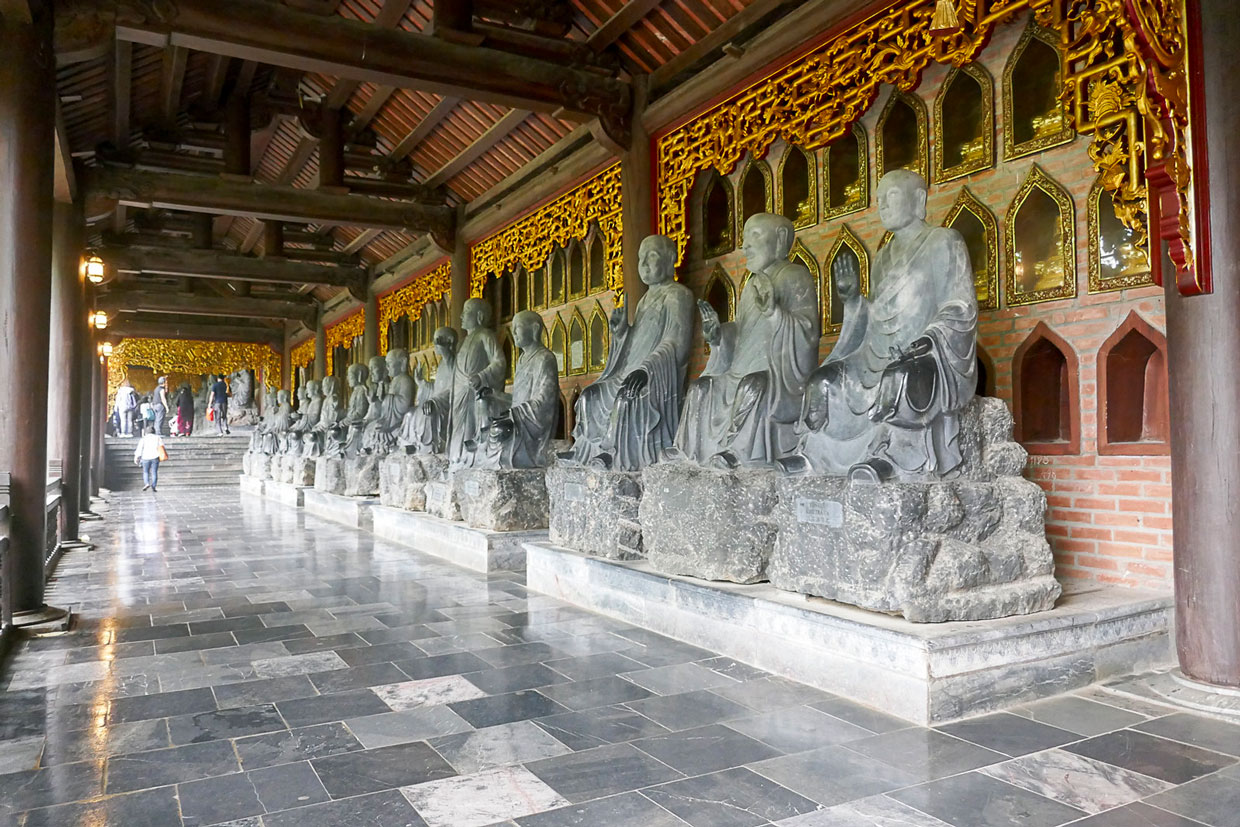