Badaling Great Wall is the most visited section of The Great Wall of China with 65,000 visitors a day. Badaling great wall is constructed in 1504 during the Ming Dynasty era.

Situated near Beijing, the Badaling Great Wall is the best well-preserved section of the world-renowned Great Wall of China constructed in 1505 during the Ming Dynasty era. No wonder it is also the most popular section for tourists among the Wall’s various sections.

This portion of the Wall was constructed and strengthened during the reign of the Ming Dynasty which ruled China from 1368 to 1644 AD. They used the Badaling Great Wall to defend the city from the invasion of the Mongolians from the North.

The materials used in building the wall here are enormous bar-stones and bricks. Moreover, to make the wall firm and solid, rammed earth and small stones were stuffed in the interior of the wall.

Badaling Great Wall’s length totaled 7.5 miles or 12 km and it boasts a total of 43 watchtowers. But only 19 of watchtowers and 2.3 miles or 3.74 km of its total length was restored and opened to the public for viewing.

The wall height of this section is averaging 7.8 meters or 26 feet and its width is at 6 meters or 20 feet. With such measurements, ten soldiers can be allowed to march abreast or five horses to gallop.

In order for the soldiers to watch their enemies and shoot them arrows, some holes were drilled in the wall.

The watchtowers of the wall functioned as a place where soldiers can send messages, watch the enemies, and observe foes. The watchtowers, just like the wall, also have holes for shooting and observing enemies.

Important History Events of The Wall

The important events in history that the Badaling Great Wall witnessed include:

Beginning of The Yuan Dynasty

Empress Dowager Cixi of the Qing Dynasty (1644-1911 AD) fled from here to go to western China in 1900 when Beijing was being controlled by an alliance of 8 western countries.

The Badaling Great Wall’s visitors has reached tens of millions already and there are even over 370 international leaders and celebrities who visited this section, some of them are US presidents George Bush, Carter, Reagan, and Nixon, UK’s Queen Elizabeth II, and South Africa’s former president Mandela. 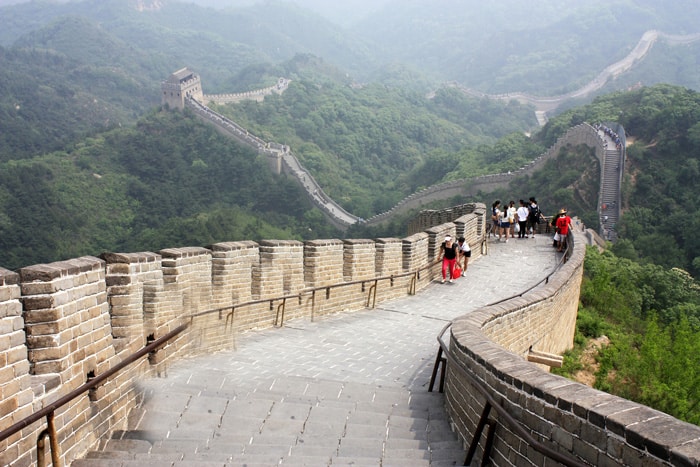 This portion of the wall has a total of 12 watchtowers. The Wall here goes up and down the ridges of the mountain. It indeed offers beautiful scenery but you will be needing more energy to climb this section. No. 8 North Tower is the highest point here and along the northern section is the stone stele where the sentence “He who has never been to the Great Wall is not a true man” is engraved.

Before climbing the path that goes from No. 9 North Tower to No. 12 North Tower, assess your strength and endurance first since it is not an easy path for many. When you reach the last tower (no. 12), you won’t need to return the way you came.

You can take the easier exit at the Bear Garden. The average time to complete touring the North Section on foot is 3 hours. Just take note that if you take the convenient way of exiting this section, you will need to pay another ticket in order to climb the south section. There is one more convenient path to descend between No. 6 North Tower and the exit but you should again buy one more ticket if you want to climb the south section.

This section has 7 watchtowers and the slopes here are gentler and less energy-consuming. There are fewer visitors here as compared with the north section. A quick exit from the No. 7 South Tower is located at the No. 3 South Tower. Visiting the south section takes around 2 hours on foot. No extra ticket is required if you covered this section, went back to the starting point, and start ascending the north section. 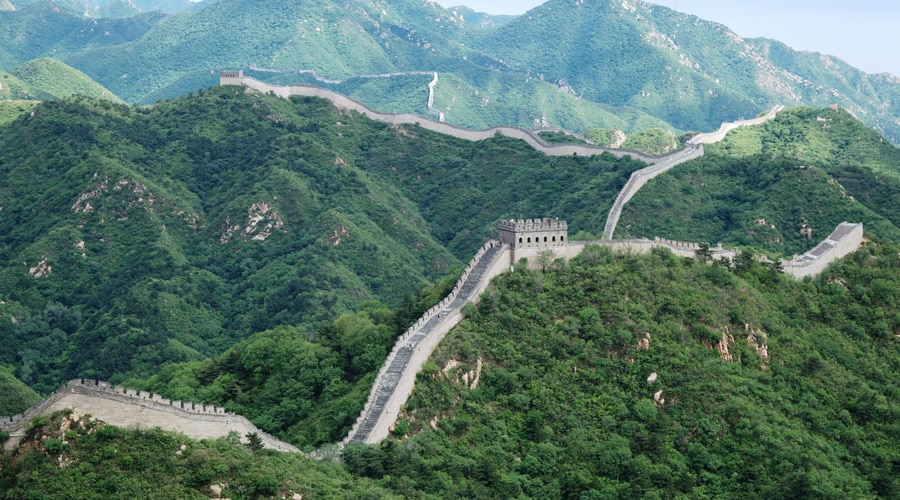 Why You Need to Visit Badaling

Besides, pulley, which many tourists find to be more exciting and challenging to ride, has its lower station beside the Bear Garden in front of the mountain while its upper station is nearby the No. 4 North Tower. It’s not recommended for kids and seniors to take the pulleys. There are no pulleys in the south section, only cable cars which run from Zhan Tianyou Memorial Hall’s opposite u to the No. 4 South Tower. 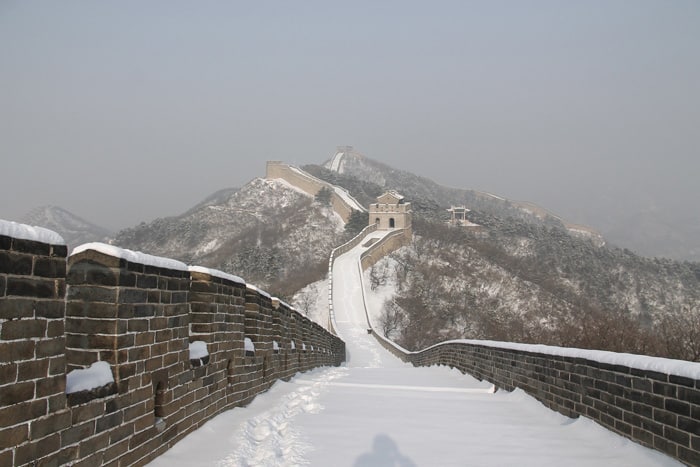 It should be mentioned that this section of the wall is very accessible since it is just 70 km or 43 miles away from downtown Beijing; therefore, you should not worry about the destination. Never forget to visit this must-see in Beijing and leave your comments and thoughts for us. Also, if you need more detailed information, you can send your question in the comment section and our professional guides will reply as early as possible.