Antelope Canyon is one of the most unique attractions in the United States. There are two divided points you can see refereed as Upper Antelope Canyon and Lower Antelope Canyon. The upper canyon is broader, more popular, and accessible. You'll find almost all entry points on the ground level at a minor incline of 2%. The lower canyon is narrower with a steeper entry point, where visitors need to walk down multiple stairs.

Your turning point on your trip to Arizona, Antelope Canyon, is a slot canyon situated on Navajo land east of Page in Arizona, Southwest United States. You’ll be enchanted by reddish, photogenic water-carved curves. Antelope Canyon is separated into two canyon sections, including Upper and Lower Antelope Canyons. Antelope Canyon is undoubtedly the place you’ve long dreamed about worth to visit however you’ll find it crowded as many visitors trying to take photos of the stunning beauties.

Where is Antelope Canyon?

Antelope Canyon constitutes a part of the Lake Powell Navajo Tribal Park brought into being by millions of years of erosion. Encircled by the red canyon walls, this slot canyon is situated 10 minutes east of Page in the vicinity of the Utah-Arizona border containing Upper Antelope Canyon and Lower Antelope Canyon. During flash floods, the water rushing carved a winding path through the stone and formed waving and round walls with intricate lines. 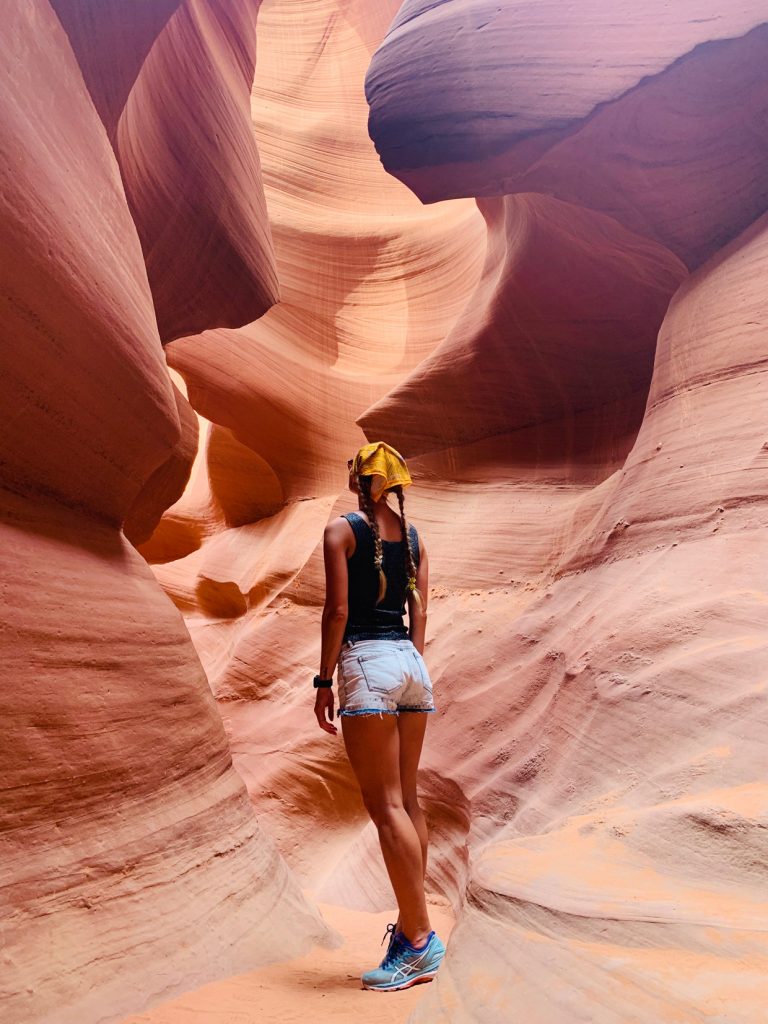 What to See in Antelope Canyon?

Unlike the Lower Canyon, the Upper Antelope Canyon entrance is at ground level. The path is short, with a narrow two-way traffic lane in common with the opposite direction. So, visitors are not allowed to carry backpacks during touring. Please note standard tours of Upper Antelope Canyon disallow tripods and cameras. You can snap some of the best shots with your mobile.

Other Places to Visit 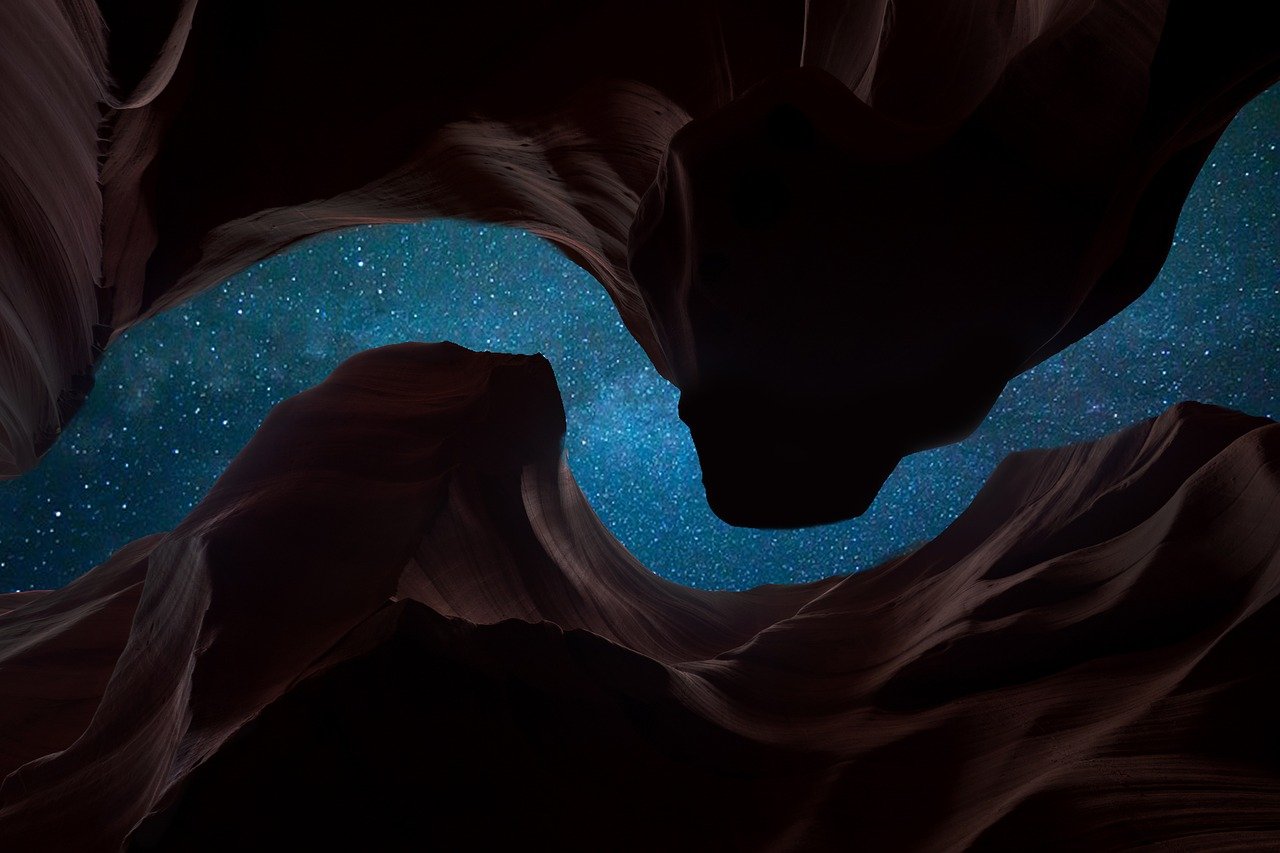 When to Visit Antelope Canyon?

Antelope Canyon welcomes visitors all year long. Summertime is the high season when visitors travel most. From March to October is the best time for mid-day visits when the light beams appear. From November to late February, especially in January, it’s the off-season where fewer people come, and you’ll have more chance of taking better photos. During Arizona’s monsoon season and heavy snow or rain, you may find Antelope Canyon close from June to September. 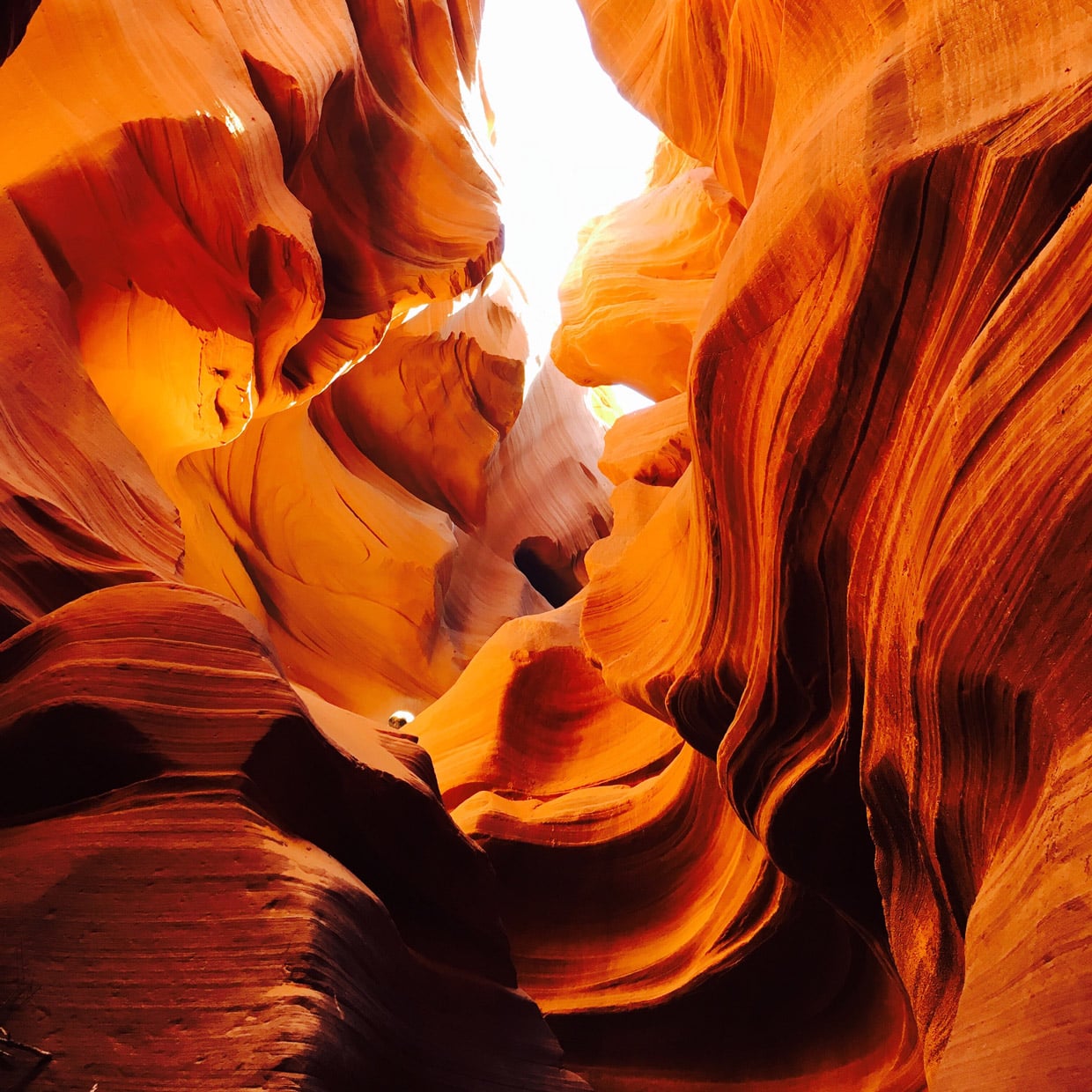 Layered clothing, plenty of sunscreen, and sturdy shoes are recommended. A hat or handkerchief can also be helpful to protect you from the sun. Purses, bags, fanny packs, monopods, selfie sticks, tripods, food, and drink are all banned in the canyon. You’re only allowed to take one bottle of water.