Greek airlines (Aegean, Olympics, etc.) are among the world's best airlines. In this article, we reviewed and compare the Best airlines in Greece. Greece is the birthplace of many great philosophers of history, various sciences, and of course, the Olympic Games, which attract many tourists every year.

Greek Airlines offer various flight classes with different facilities. Besides, due to the huge number of tourists annually in Greece, the aviation industry plays a crucial role in Greece’s tourism atmosphere. Awareness of Greek airlines will help you to choose the best one for your flights in the country.

Aegean Airlines is the largest airline in Greece. This airline is one of the most significant airlines in Greece and Europe that operates various flights to most countries, such as Austria, Denmark, Finland, Germany, France, etc. In 2016, the company was named the best regional airline in Europe.

Added to wishlistRemoved from wishlist 0
Add to compare
From: $1,416.00

Aegean Airlines was built in 1987. The airline became a business class or VIP airline in 1992 and was one of Greece’s first airlines to operate as an air ambulance. Vasilakis Group acquired the company in 1994, after which the company began operating VIP flights from Athens to other parts of the world.

Aegean Airlines has an acceptable rating in most online polls. In general, Aegean Airlines is a 4-star airline with a good quality of most services. You can book your ticket by visiting the Aegean Airlines official website to avoid transportation problems in the city. It seems that Aegean has done many things to keep its clients satisfied with their services.

Given the excellent service of Aegean Airlines and the quality of the company’s flights, this is a 4-star airline that can be said to be one of the best airlines in Europe. This airline is one of the safest airlines in the world. Since the company’s flights are operated by Airbus planes, you can experience a safe and high-quality flight with Aegean Airlines. Another strength of Aegean Airlines is that you also get a meal by paying just for the ticket price. Of course, the quality of your food depends to some extent on your flight class.

Aegean Airlines does not have Wi-Fi. So if you have to do something with the internet,  make sure you can finish it before your flight. Another negative point of this airline is that it has a small share of international markets. According to surveys, Aegean Airlines accounts for only 13.6% of international flights to/from Greece during the peak season. 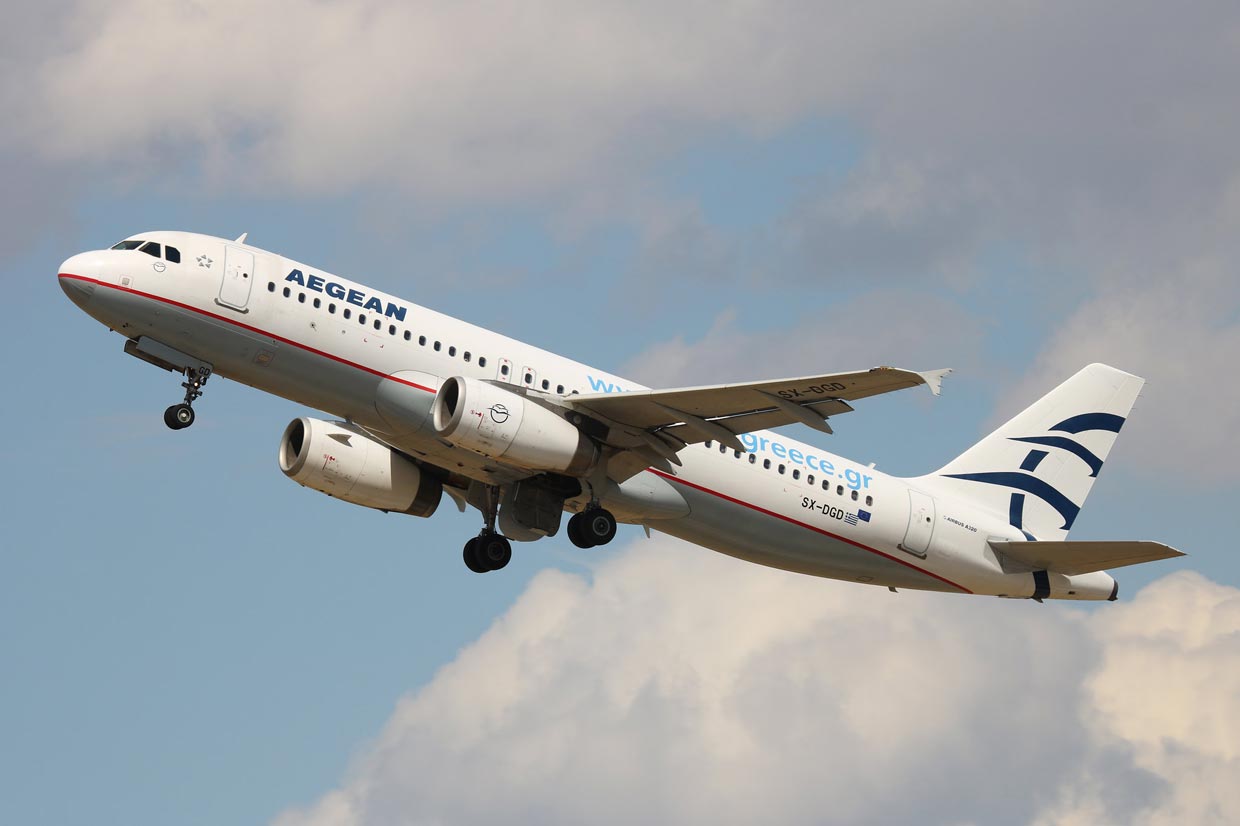 The airline was founded in 1957. The company is headquartered in Athens. Olympic Air was acquired in 2009 by Aegean Airlines. Booking their flights can be done in the easiest way you can ever imagine. You can also call them or check their website to book a Covid-19 PCR test before your final decision on your destination or your journey’s plan. It’s not really nice to miss the chance of having fun on a trip only because of illness. Make sure about your health conditions. 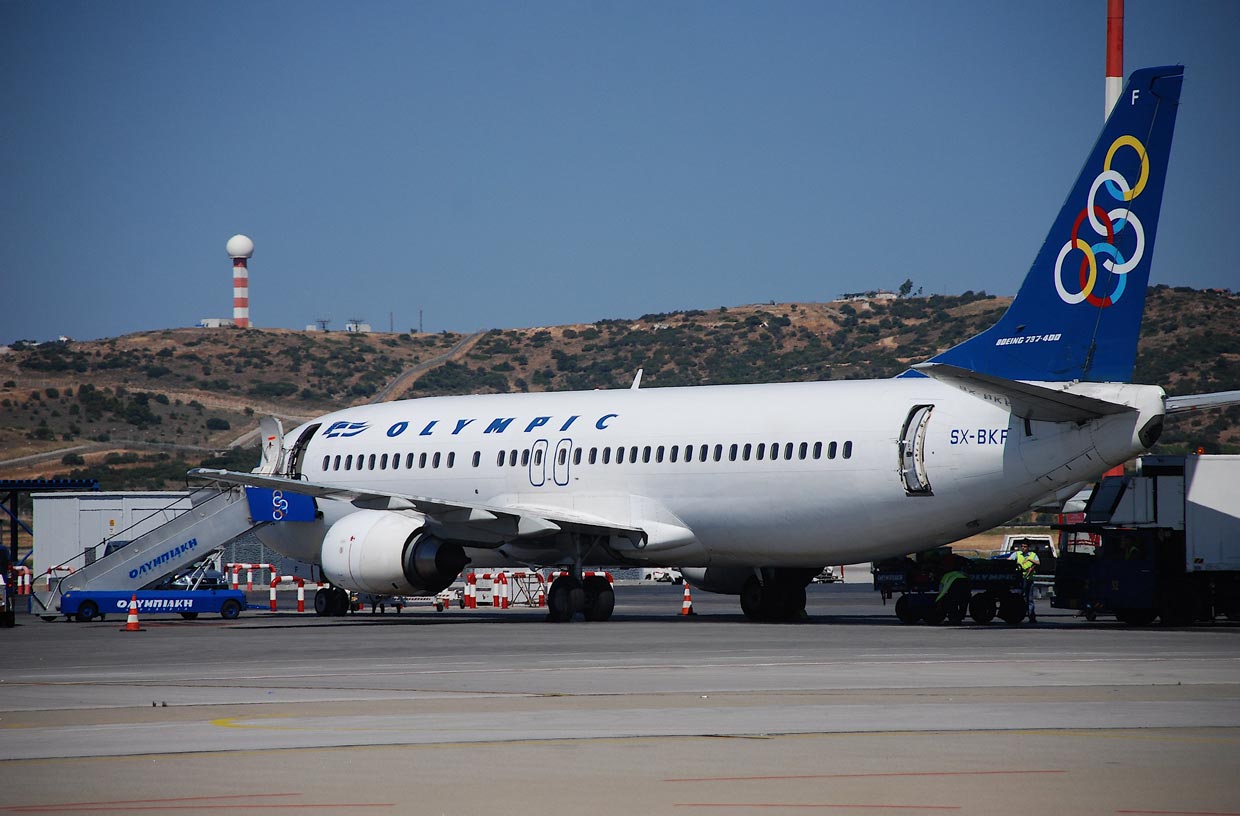 Sky Express, headquartered in Heraklion, Greece, was built in 2005. The airline flies to 34 different destinations around the world, including Corfu, Rhodes, Mykonos, etc. In general, the flights of this airline are of acceptable quality. Sky Express is one of the safe airlines in Europe; however, since this airline is offering cheap flights, it cannot be said that the quality of its service and security is at a very high level. Kuban Airlines owns Sky Express. 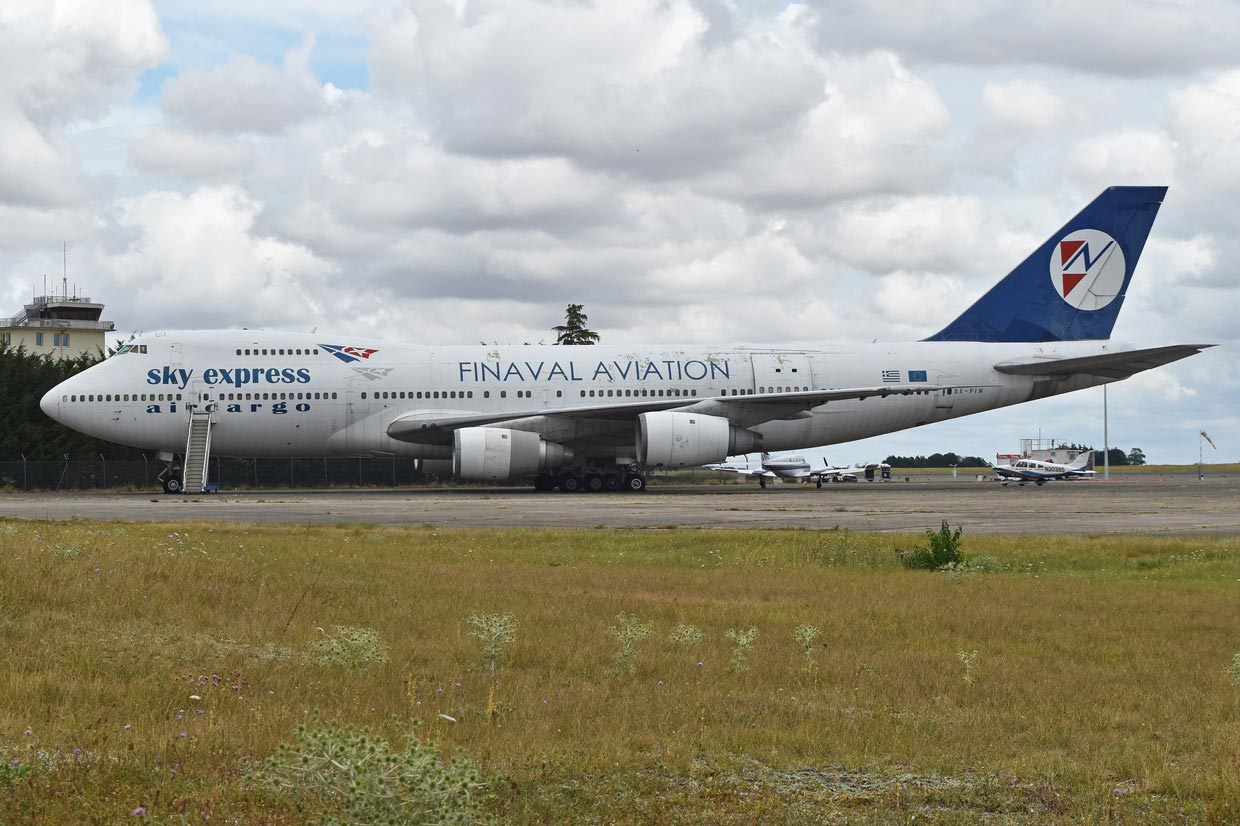 The company was founded in 2009 by a pilot named Abakar Manany and started its flights in 2010. The airline has a total of 5 aircraft. For those who want to avoid wasting time, Amjet Executive is an excellent option. The seamless experience of flying with a private jet is possible with Amjet Executive services.

This airline is a private charter airline headquartered in Athens. The airline was launched in April 2006. This company is a private jet charter operator and has a total of 10 aircraft. Their customized experience of traveling is a unique one. 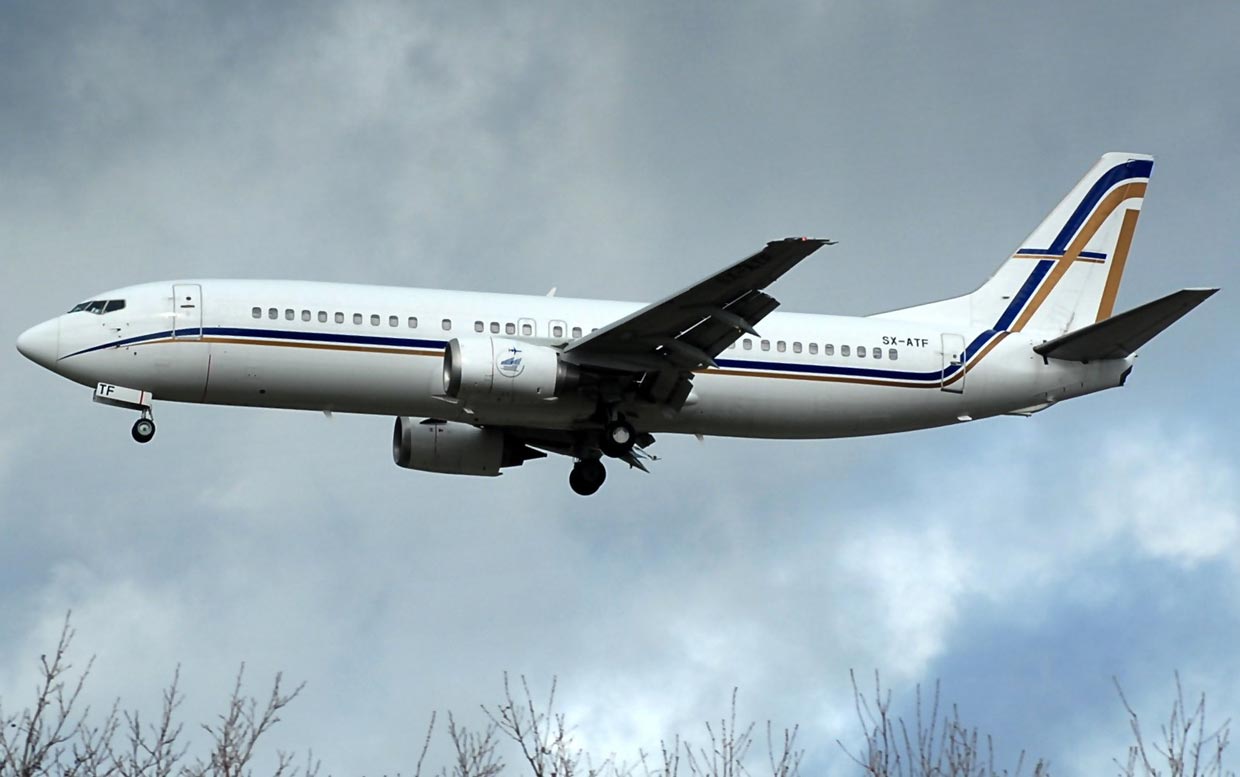 Air Mediterranean is one of the charter airlines in Greece that obtained its flight license in 2017. The airline operates most of its flights to small and developing countries, such as different destinations in Africa. 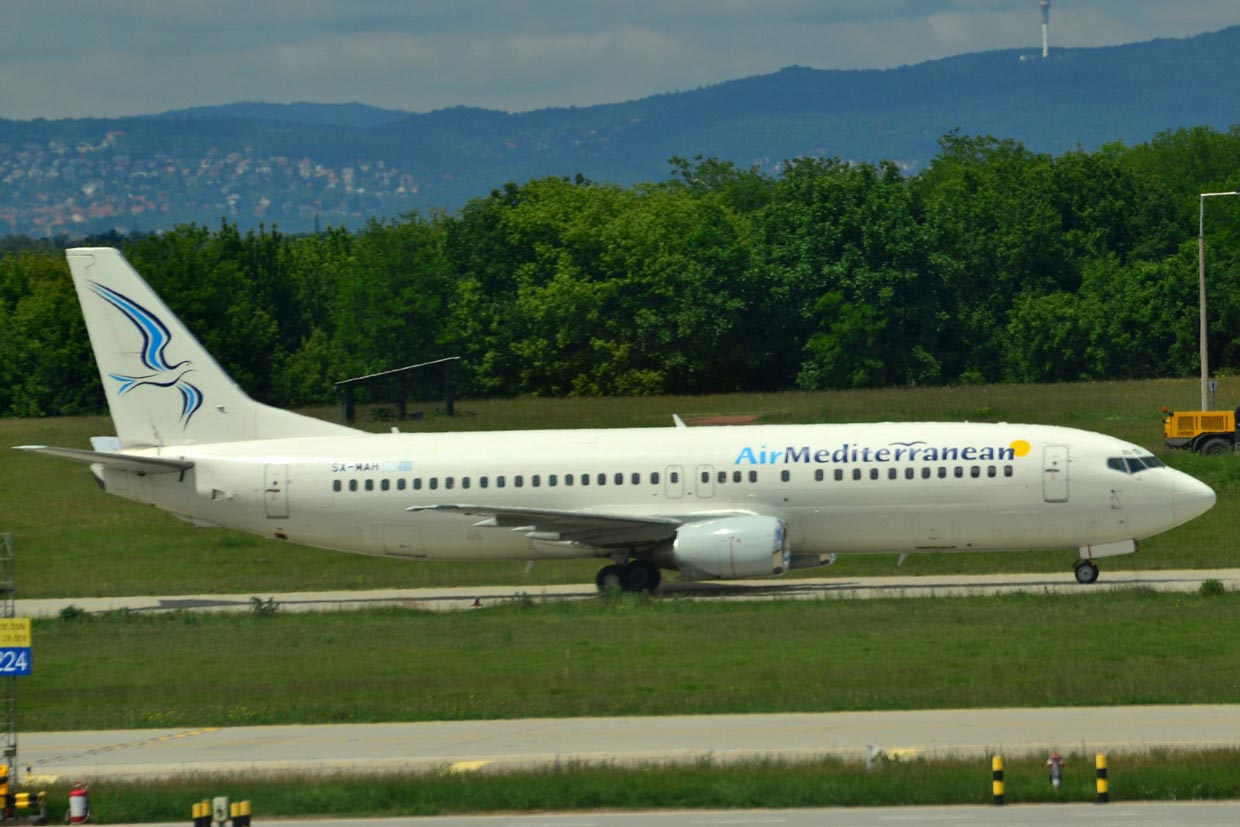 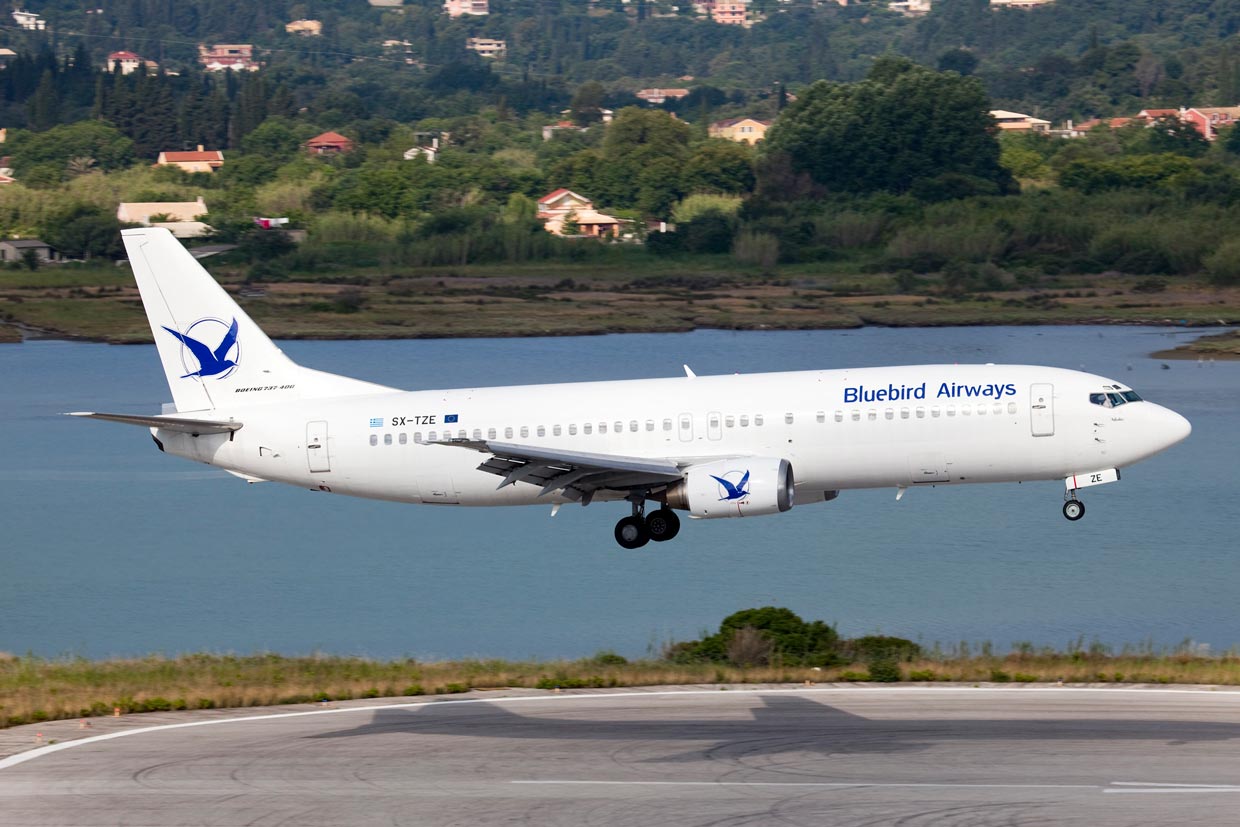 Ellinair, which is almost one of Greece’s new airlines, started operating in 2014 and offers charter flights. The airline flies to 32 different destinations and is one of Greece’s relatively cheap and acceptable quality airlines. Ellinair has 5 Airbus aircraft. 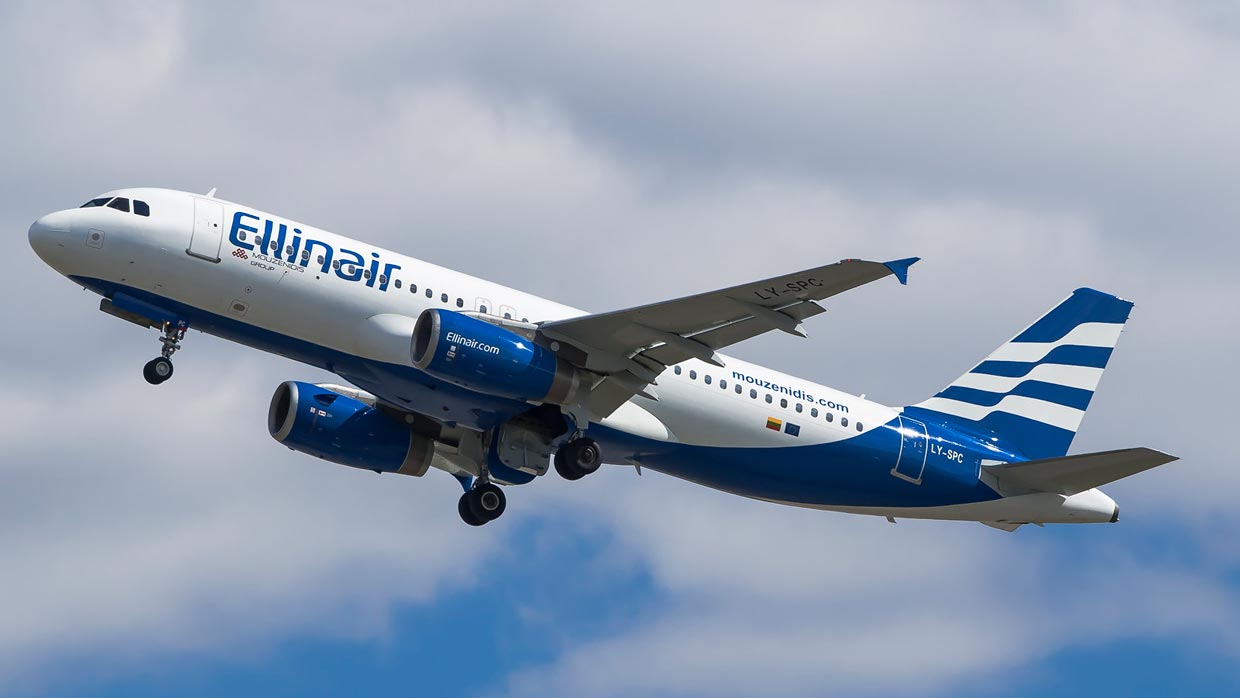 There are various authentic Greek airlines that are providing the customers with a good level of quality in their services and the experience of the flight they offer. To make a shortlist of those many airlines, we mention the following companies as the bests and most well-known Greek airlines:

Bangkok to Pattaya Train – All You Need to Know

Things to remember when traveling during COVID-19 pandemic

3 Days Tanzania Safari to Serengeti and Ngorongoro Short and Sweet