With a height of 20,310 feet (6,190 meters), Denali is the tallest mountain in North America. Six million acres of pure wilderness encompass Denali National Park and Preserve. The park is accessible by car, just over two hours away from Fairbanks or by train for four hours. Travel into Denali Park in your vehicle or a tour bus to mile 14 or deeper into the park. At the park entrance, along the Parks Highway, as well as at campgrounds and visitor centers and Kantishna and remote lodges, visitor services are available.

There are as many activities, dining, shopping, lodging, services, and transportation as there are travelers at the park. Regardless of whether you choose to take in the beauty of the pristine wilderness or travel into the rugged backcountry, there is no shortage of options to make the most of your time in Denali. A stunningly beautiful and wild park, Denali National Park and Preserve in Alaska is one of the most popular tourist destinations. There are various terrains, including pristine rivers and lakes, colorful tundra, alpine meadows, sweeping views, and abundant wildlife throughout the park.

Although generations of Athabascans lived in and traveled through this area before its establishment as a park, the first permanent non-Native settlement was not established until 1905, when a gold rush led to the formation of Kantishna.

After hearing about the miners and hunters recklessly abandoning their work, Charles Sheldon, noted naturalist and hunter, was stunned by the beauty of the land. A guide named Harry Karstens traveled with Sheldon in 1907 when he attempted to enclose the proposed boundary of a proposed national park. Sheldon’s efforts contributed to Mount McKinley National Park’s establishment in 1917 and the country’s first national park.

Karstens oversaw it. They were added to the internationally recognized list of world biosphere reserves in 1976. The park was renamed Denali National Park and Preserve when it was enlarging its area to more than 6 million acres as part of the Alaska National Interest Lands Conservation Act of 1980. A state park slightly more extensive than Massachusetts has now.

In 2015, President Barack Obama renamed Denali National Park and Preserve to Denali. It is a top Alaskan attraction and is favored by many visitors who have been there.

Present and Past of Denali

Charles Sheldon, a late Alaskan naturalist, was inspired by the beauty of the Toklat River to lobby for legislation establishing the park, the first National Park in Alaska. The majestic peak named Mount McKinley initially was renamed Denali in the following year, which was the native Alaskan name for the historical rise.

At the same time, the Alaska National interest Land Conservation Act enlarges the boundaries by four million acres, making the land for the first time into the Denali National Park and Preserve. 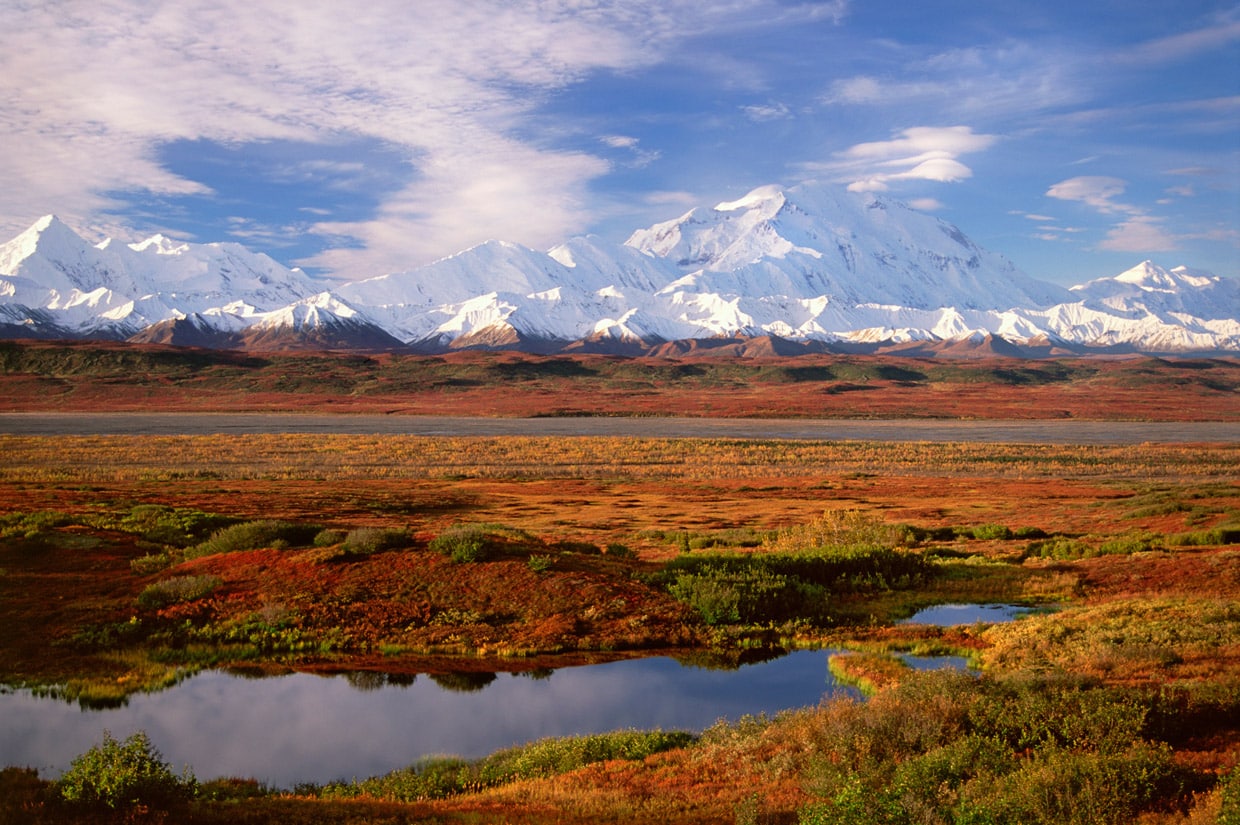 The Denali National Park and Preserve contain the northernmost portion of the Alaska Range and the glaciers and valleys, running southwards from the top of the range.

Few plants can survive in these subarctic deserts since they tend to have long, cold winters and short growing seasons. The park’s ever-changing landscape is encapsulated in braided rivers, landslides, and glaciers constantly moving. 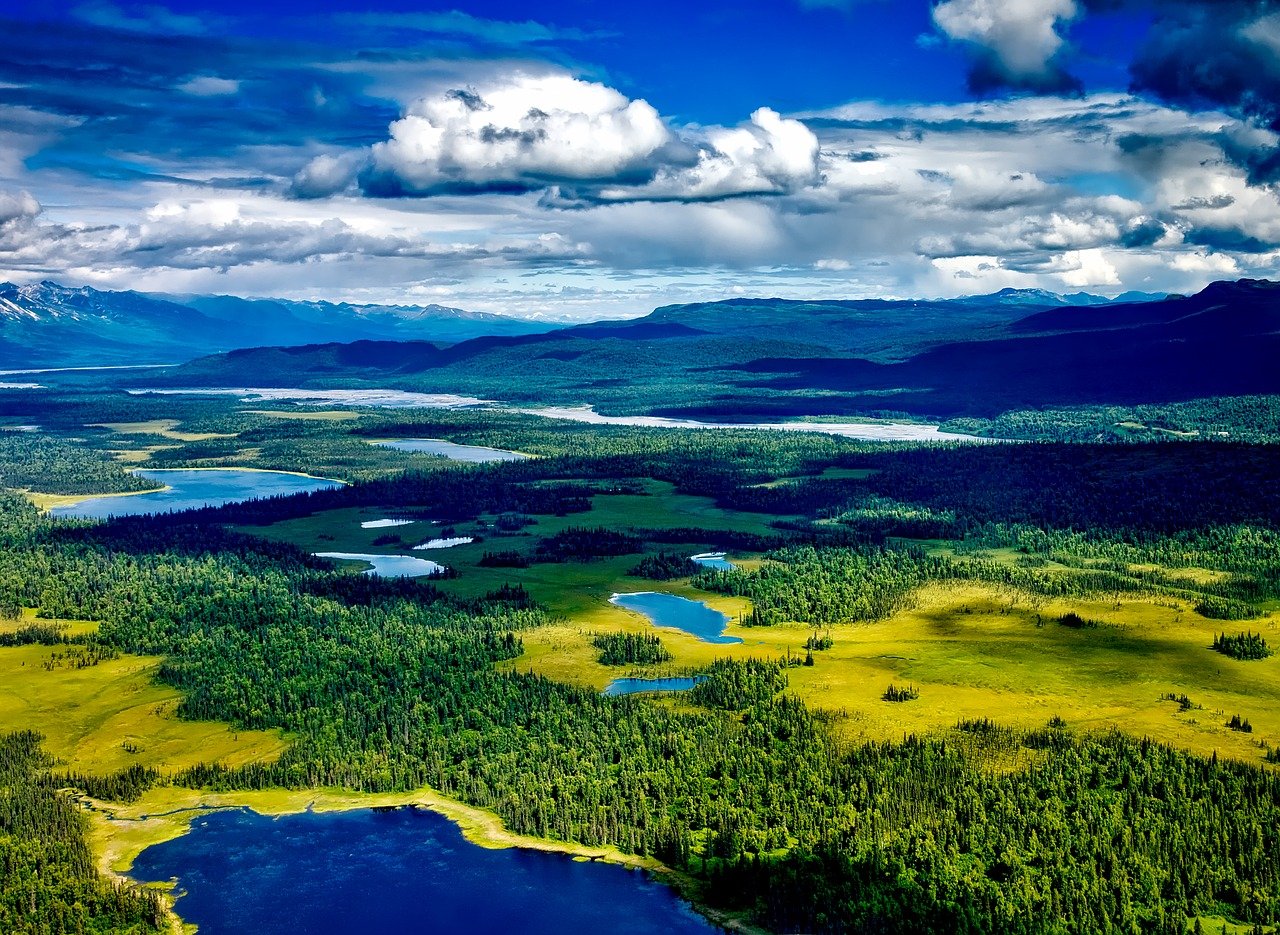 The mountain is not the only thing that makes Denali National Park special. A total of 37 different mammals live in the park, including lynx, marmot, and Arctic ground squirrels, along with 130 species of birds, including the impressive golden eagle. In particular, most Alaska visitors would like to see Alaska’s “Big Five” animals: bears, Wolver, Dall sheep, and Moose.

People who never sleep in a tent have excellent opportunities to look at these animals roaming freely in their natural habitat. Contrary to most wilderness areas in the country, you don’t have to be a backpacker to find this wildlife – you can see it without one. 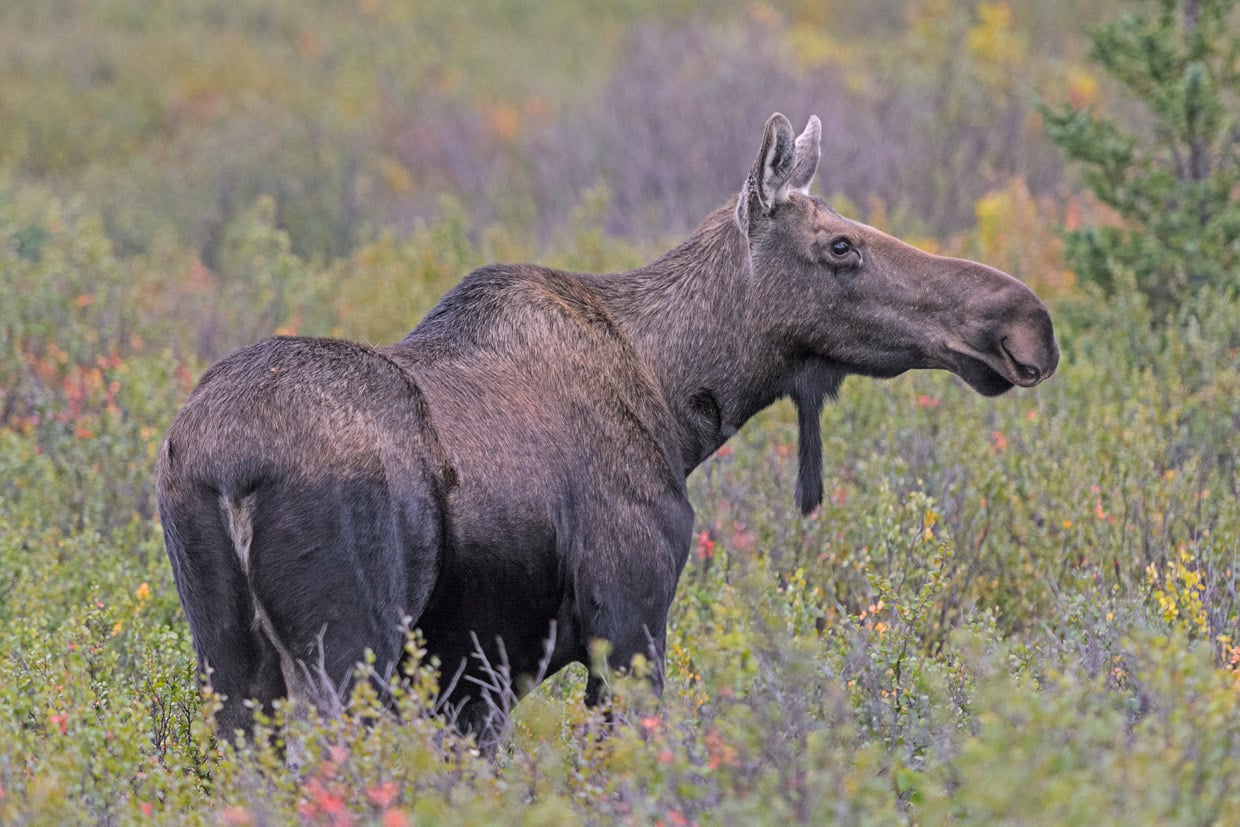 Preparation for the Trip

Due to the rugged terrain, unpredictable weather, and many wildlife, planning is critical. The park has limited cell service, so make sure you pack everything you might need in case of unexpected changes in weather or an emergency. You can stay safe and prevent unintentional effects on the earth by being prepared and knowing what to bring.

Traffic is aimed to be kept to a minimum at the park, which has 92 miles of roads. Consider leaving your car in a designated parking lot and booking yourself a bus tour. Bus tours are one of the most remarkable ways to see Denali, and other options include biking! By riding a bike, you can reduce emissions, get exercise, and explore the majestic land at your leisure.

There are so many perks to Denali – whether you travel by bus, train, air, or sea, or take one of its many hiking, biking, camping, rafting, fishing, or flightseeing trips.

A lifelong mountaineer’s dream is to climb Denali, one of the seven summits globally, but a more straightforward and dramatic way to explore Denali National Park is on a breathtaking flightseeing or glacier landing tour of the Alaska Range.

The park road will also be accessible by bus starting on May 15, with transit bus service beginning May 20. Visitors can also explore the park at their own pace on foot or by bike. In September, Denali Park Road Lottery tickets allow visitors to drive privately on the Denali Park Road on selected days.

You should book a Denali National Park bus tour or a camping site in advance so that you can take advantage of current visitor information. In the middle of this year (2021), all campgrounds will open, including Wonder Lake Campground in the Denali National Park. 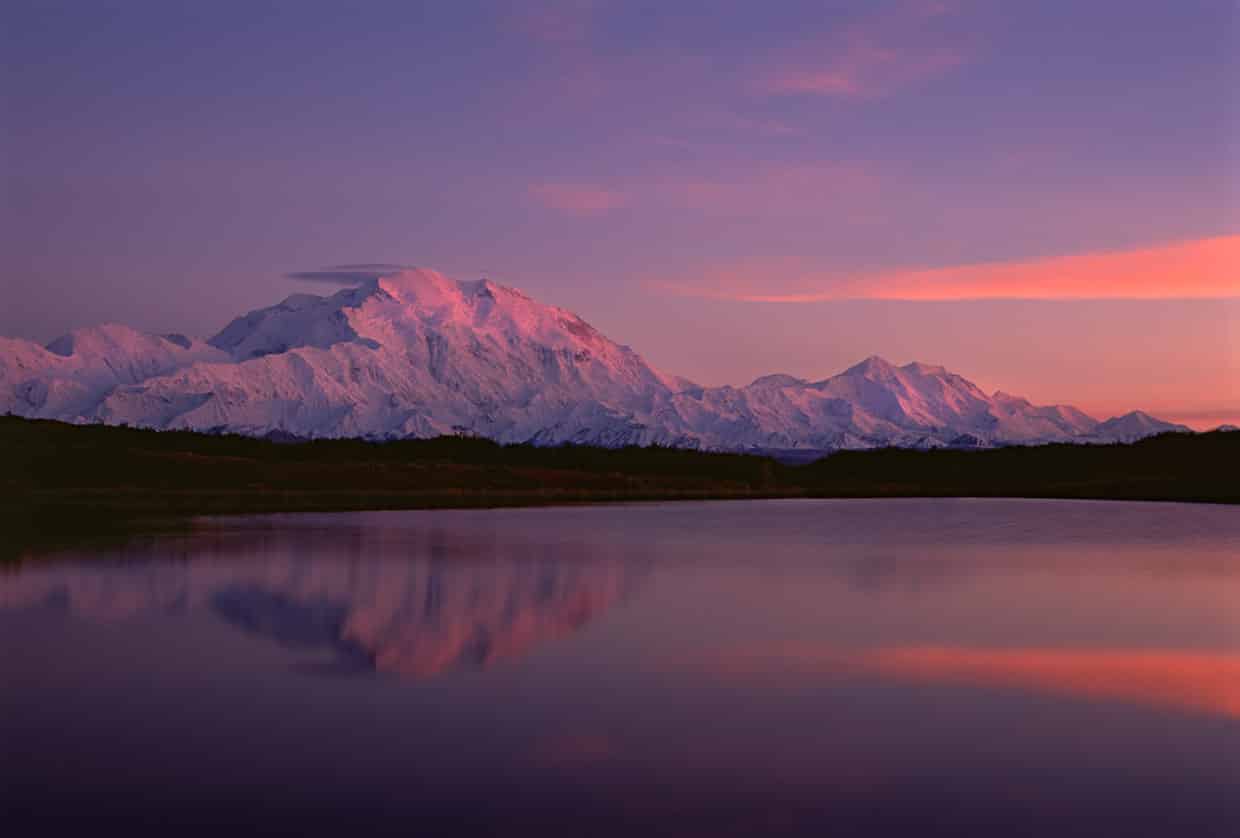 The park is known to be punctuated with dinosaur bones, historic mining tools, and thousands-year-old artifacts due to its rich and fascinating history. It is vital to leave what you find in its natural habitat, regardless of how beautiful it can be on your mantel. The environment should be given a chance to develop naturally, even with rocks and deer antlers.

Don’t Throw it Away

Regardless of the kind of adventure you choose in Denali, it is essential to know how to dispose of waste before heading out correctly. Make good use of the trash cans and outhouses Denali has to offer, whether you are backpacking or tent camping.

If these options are not available, be prepared to remove the trash, food scraps, or even human waste, whichever is necessary. Frozen grounds can make digging catholes difficult, so think about where the garbage will eventually melt out come spring. Do not cross trails and stay at least 200 feet away from water sources. 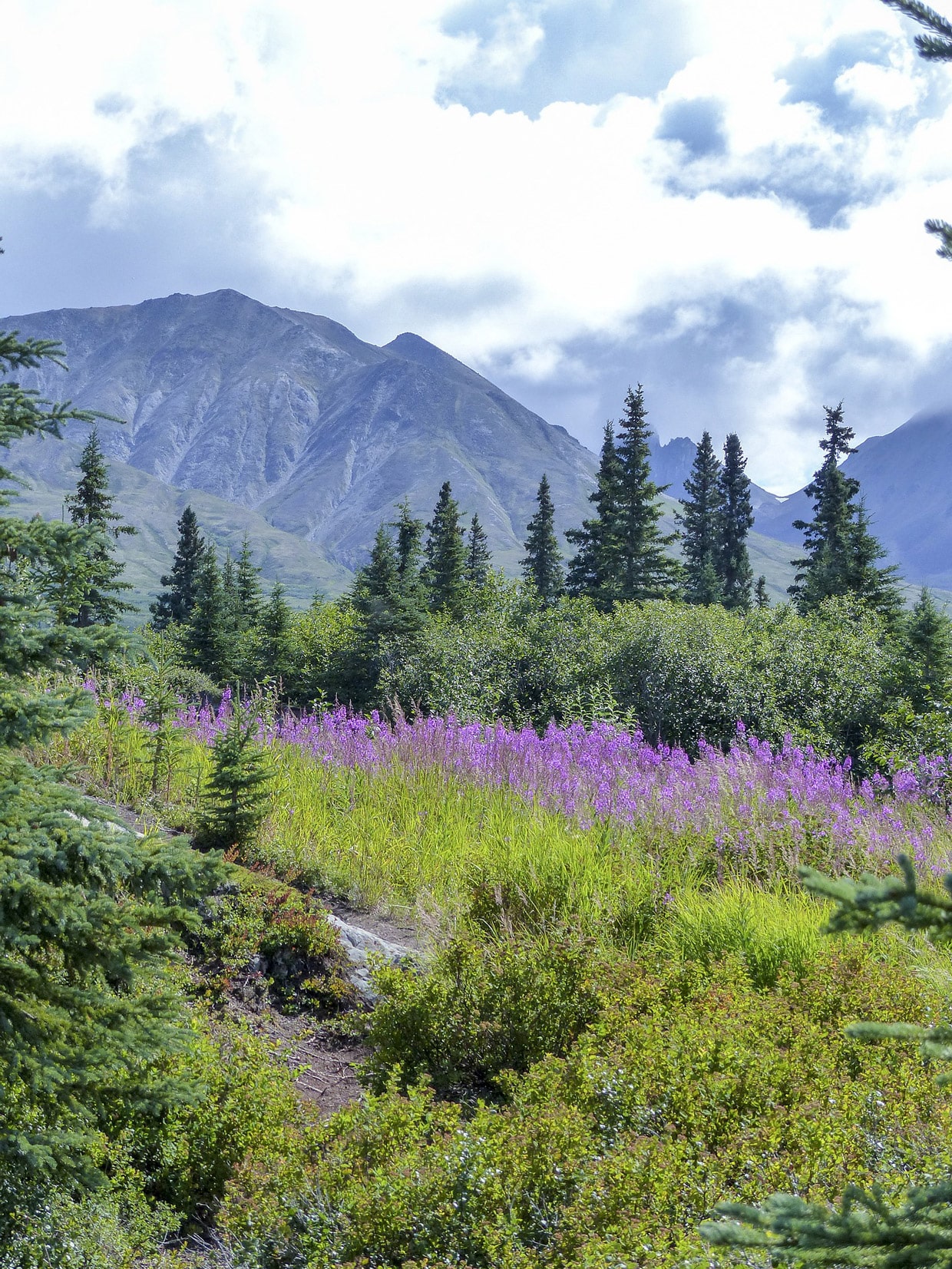 Be Careful With Fire

Summer backpackers may use the fire pits on Denali, but winter hikers should bring a personal stove because of the burn, which can drastically impact the landscape. Instead, build a bonfire using dry, down wood, and get rid of the ashes once you’re done. Make sure you don’t throw the trash into fires because it attracts and endangers wildlife. 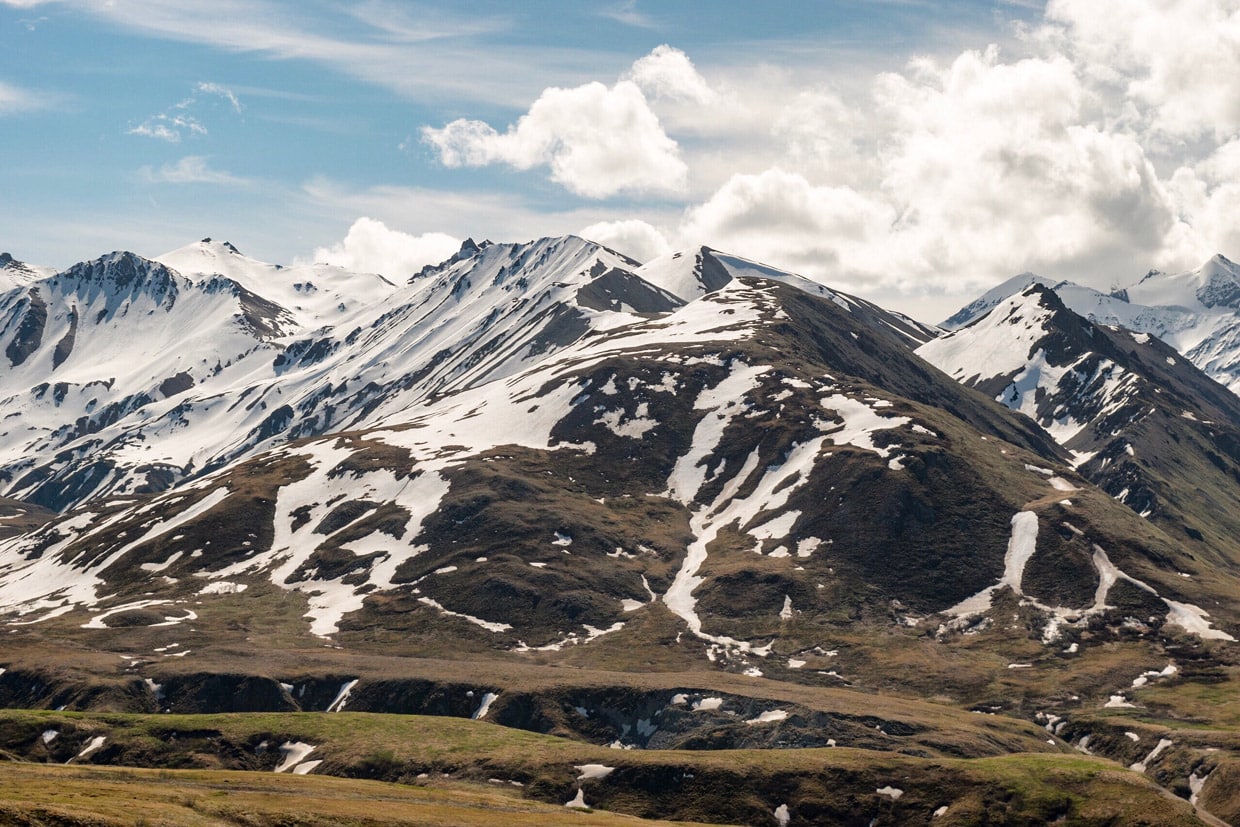 Private lodges are located along the Kantishna section of the park road, on land that belongs to the park. The following camping areas and clubs are available to Alaskan visitors: Camp Denali and North Face Lodge, Kantishna Roadhouse, Denali Backcountry Lodge, and Skyline Lodge. Nearby towns, Healy and Cantwell, and the surrounding region have options outside the park. Among these are the Grande Denali, Alpine Creek Lodge, and Denali Lakeview Inn.